One Heart, Two Spirits: A Conversation with Ryan Mahon

One Heart, Two Spirits: A Conversation with Ryan Mahon 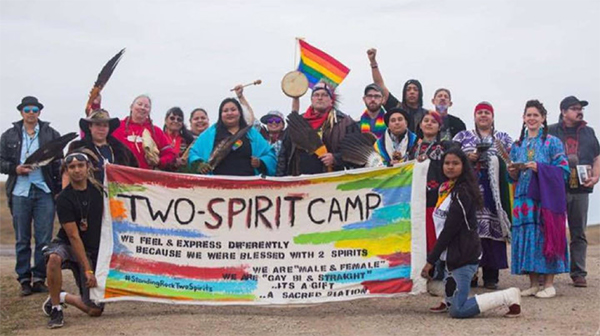 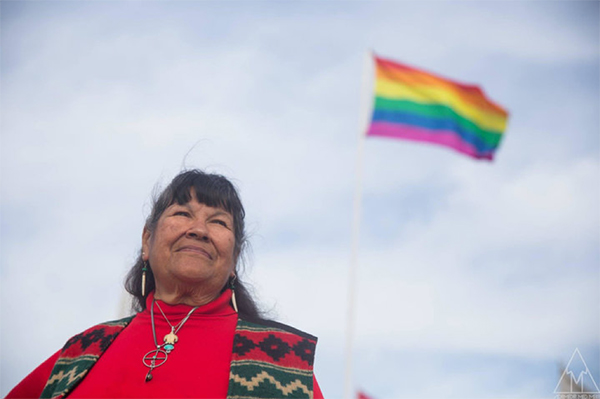 Wells is the Strategist for the Portfolio for Native Americans at the National Institutes of Health (NIH), where she participates in the review of policies, practices, and procedures in order to help eliminate discrimination against Native American employees. She analyzes information and data and presents recommendations to improve all aspects of employment as they relate to her targeted group. Part of her role is to serve as a subject matter expert, advisor, and program advocate.

Mahon serves as a program analyst in the newly established NIH Sexual & Gender Minority Research Office (SGMRO) in the Division of Program Coordination, Planning, and Strategic Initiatives (DPCPSI) in the NIH Office of the Director. He also serves as a program analyst for the Tribal Health Research Office (THRO) also located within DPSCPSI. Mr. Mahon came to NIH from consultant work in research and evaluation in human services. In that capacity, he was responsible for managing technical assistance on the National Child Abuse and Neglect Data System (NCANDS), which collected data from 50 states, the District of Columbia and Puerto Rico.

Mr. Mahon began his career in social work interning at the DC Rape Crisis Center and working full-time as a research assistant on NCANDS. Since that time, he has served as a clinician and a researcher in a variety of public and private settings, including state, local, and national governments, as well as internationally and with Tribal governments. The focus of his work has been on empowering individual people to make informed decisions about their health and well-being, and alternatively to create systems that enhance the health and well-being of their clients, community members, or constituents.

Mr. Mahon received his B.A. in psychology, with a minor in history, from American University in Washington, D.C., and his master’s from the University of Pennsylvania in Philadelphia, where he completed a dual concentration in clinical and administrative social work.

Ryan Mahon had the opportunity to have a conversation with Ashley Wells about two-spirits and how it defers from Lesbian, Gay, Bisexual, Transgender (LGBT), how she became an ally, her insight on research, and more.

Ryan Mahon: For people who may not know, can you tell us what two-spirit means?

Ashley Wells: Two-spirit refers to a Native American person who has both a masculine and a feminine spirit. Two-spirit individuals are considered gifted and known to help keep balance in their communities.

Ryan Mahon: How did you become a two-spirit ally?

Ashley Wells: I became an ally in college while studying social justice. Creating an equitable environment free of oppression for two-spirit and all people is very important to me. As an ally, I try to relate to other groups to promote a common interest of equity and the desire to be of help. The alliance between allies and SGM groups is beneficial to both parties involved because everyone is growing together. By definition, an ally is an individual that is associated with a person as a helper, but I think of it as a bond formed between two parties to help end oppression and reach a common goal. One immediate goal is to increase acceptance of two-spirit people and to better educate the public about the community and its origins.

Ryan Mahon: How is two-spirit different from gay, lesbian, bisexual, or transgender?

Ashley Wells: Two-spirit is different from LGBT mainly because it’s focused on the spirit of an individual and their ability to experience life as both genders. I don’t believe there is one concrete difference or definition.

Ryan Mahon: For people who want to work on two-spirit issues, what advice would you have for them?

Ryan Mahon: For people who want to find two-spirit researchers to work with, what advice would you have for them?

Ashley Wells: Reach out to local organizations and universities for two-spirit and SGM contacts. Social media such as LinkedIn and Facebook may be a good way to connect with researchers through special interest groups.

Ryan Mahon: What would you recommend that NIH do to create more spaces for participation by two-spirit employees, staff or researchers?

For more information about Two-spirit persons, please see these resources and links: