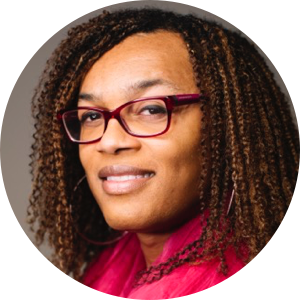 Bali is a magna cum laude graduate of Columbia University where she also completed her masters work. With an academic background in cultural studies and languages and extensive professional experience in public health arenas Bali first joined the National Institutes of Health in 2014 as a NIH Academy Intramural Research Training Awardee. Assigned to the Office of Behavioral and Social Sciences and the mentorship of Dr. William Elwood, as a Fellow she presented research posters across NIH, on Capitol Hill, and at the International AIDS Conference in South Africa regarding intersectional impacts on the health of African American women of transgender experience in NYC. She also co-authored an American Psychological Association textbook chapter on counseling transgender people of color.

Prior to NIH, Bali was an Associate at the National Center for Transgender Equality organizing trainings, workshops and meetings on improving workplace policies, health and legal coverage, and other diversity and inclusion topics related to cultural sensitivity for federal agencies such as the Department of Justice, White House, Department of Education, Congressional Staffers, as well as corporations and universities, and facilitated communications with sexual and gender minority (SGM) communities and allies nationally.

Bali’s previous career efforts focused on addressing the unique health needs of hard-to-reach SGM populations. She received a commendation in 2009 by the NYC Comptroller for her outstanding work and research and was invited to the White House in 2013, as an emerging LGBT leader and a longtime Research consultant with NYC Department of Health. She designed and managed NYC and CDC funded health programming at community-based organizations such as Hetrick-Martin Institute, Housing Works, GMHC, and Harlem United serving SGM youth and adults. Most recently at Lutheran Medical Center she coordinated HIV/STD and Hepatitis prevention strategies targeting populations often thought inaccessible—undocumented immigrants, the homeless, youth, LGBT—throughout Brooklyn neighborhoods. She also served on the National Advisory Board for the Center of Excellence for Transgender Health, and the NYC HIV Prevention Planning Group.