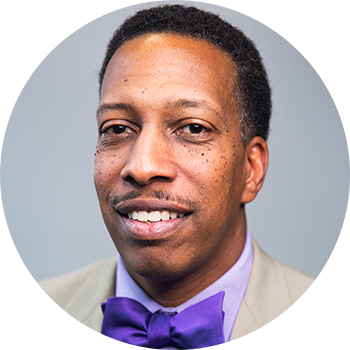 Eric joined EDI as the Branch Director for the Informal Complaints Branch in March 2014.  He brings a variety of talents to this position with a keen eye towards alternative dispute resolution (ADR).  In 1999, Eric was offered a job as the Internal Ombudsman for the Washington Metropolitan Transit Authority providing confidential resolution of internal disputes between employees and management.  He also provided training to managers and employees on various topics ranging from Conflict Coaching, 360-degree feedback surveys, and Interpersonal Skill Development.

In 2008, Eric was offered a position at the U.S. Pentagon Force Protection Agency (PFPA) as an ADR specialist.  At PFPA, he served as an EEO liaison to the Director, the EAP Coordinator, and an employee relations specialist.  In 2010, Eric began working at the U.S. Food and Drug Administration as a Conflict Prevention and Resolution Specialist.  Certified as an EEO Counselor, he has extensive experience with EEO informal complaints and has tirelessly worked to resolve complaints of discrimination before they become formal complaints.

Born in Annapolis, Maryland, Eric earned a Bachelor of Science in Psychology at Morgan State University in 1988.   Interested in continuing his education in the field of Counseling, he enrolled at the University of Maryland, School of Social Work specializing in Employee Assistance Program Counseling (EAP). Eric obtained a Master of Social Work in 1992, and has also received certifications in Organizational Development from Georgetown University and the American Society for Training and Development (ASTD).  In 2007, Eric also obtained a 40-hour certification in Mediation from the Center for Conflict Resolution.