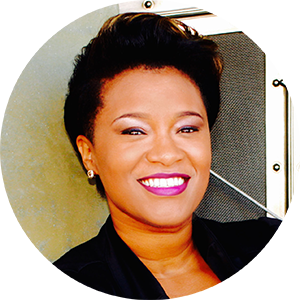 Born and raised in Gaithersburg, MD, Jenn has 14 years of integrated marketing experience. She is passionate about helping others find their voice and amplifying it over the clutter in today’s marketplace.

She began her career in Bethesda, MD, working with the Federation of American Societies for Experimental Biology (FASEB) as a communications specialist, helping lead initiatives to raise the social footprint for the Association and its members. She returned to the area after an 11 year stay in Chicago, IL and San Diego, CA. While in Chicago, she worked in the nonprofit sector with the Alzheimer’s Association and in entertainment and media with Viacom’s Black Entertainment Television (BET) Networks. As a marketing strategist for BET Networks, Jenn played an integral role in broadcast and digital media sales enablement as well as brand solutions for major tentpoles including award shows and live events.

Upon the completion of master’s coursework in Cultural and Educational Policy Studies at Loyola University Chicago, Jenn relocated to San Diego, CA where she led business development and brand marketing in digital media, fintech, and the mortgage industry. Throughout her career, Jenn has positioned herself as a diversity specialist helping to establish brand marketing strategies that represent multicultural perspectives and elevate the voices of cultural minorities in vital national industries.

Jenn has served on several committees throughout her career, being selected by the Alzheimer’s Association, BET Networks, and Guild Mortgage Company to represent her department in corporate employee satisfaction efforts, which led to the restructuring of internal practices and procedures, limited turnover, and in the case of Guild Mortgage Company, recognition for “San Diego’s Best Place to Work” in the San Diego Tribune, two consecutive years.