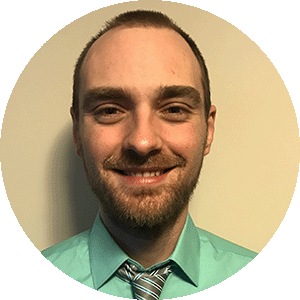 Mr. Ned Ferris received his undergraduate education from the University of Delaware (UD) and holds a Bachelor of Arts (BA) Degree in Psychology with minors in Human Development/Family Studies and Sociology. Additionally, Ned holds a Master of Social Work (MSW) degree from Salisbury University (2021). During his graduate studies, his Field Experience involved working with a low-income permanent housing coalition. He then served as an Intern at NIH in EDI's DACO division.

Ned began his University studies in the Field of Biotechnology, but upon volunteering at a children's safety camp over the summer of his Freshman year, it became abundantly clear that Psychology and Human Services was the path to follow. While at UD, Ned was an editor for Just in Time Parenting, and conducted research through the Adolescent Adjustment Project. Ned has experience in adult and child counseling, teaching, and program development.

As if that is not impressive enough, Ned is also an Eagle Scout who loves to spend time outdoors. His hobbies include playing trumpet, reading, sports, and cooking. Ned looks forward to working with the brightest minds that the United States has to offer while developing an enriched understanding of what it means to be an ally for individuals, groups, communities, and the nation when it comes to fulfilling the promise of equity and inclusion.