We Are All Related Here is a documentary film that tells the story of the Yup'ik people of Newtok, Alaska, who are being forced to relocate their village due to the erosion and flooding they are experiencing as a result of global warming.

Learn more
about those who
helped make
the film possible

10 Questions
About the Film 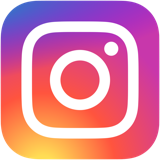 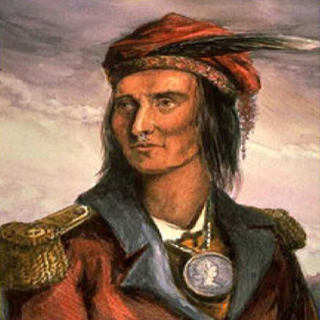 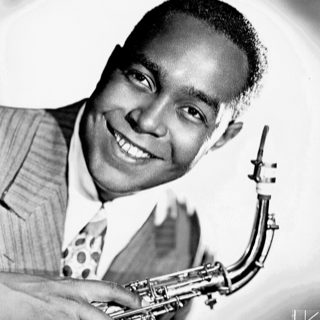 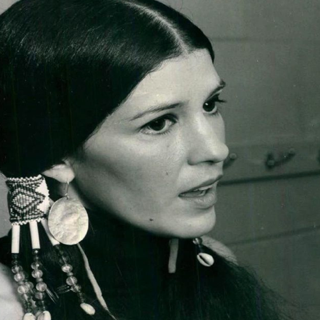 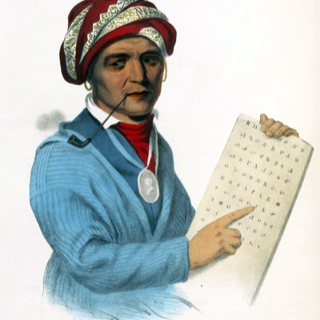 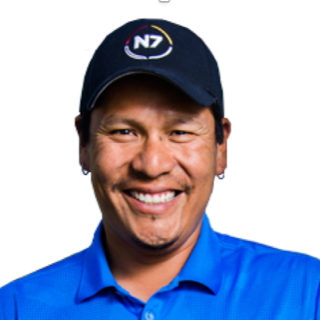 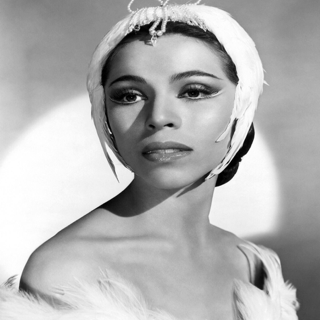 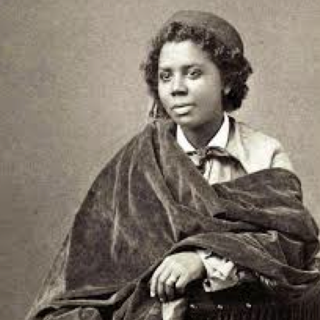 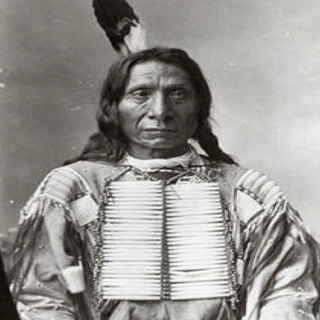 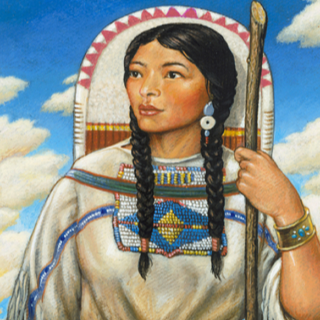 Brian is an award-winning filmmaker and former social worker whose films have played at many festivals, events and symposiums around the world. Brian has directed and produced three documentaries: Language Healers, a film about saving and revitalizing Native American languages, We Are All Related Here, about the Yup'ik village of Newtok, Alaska, that must relocate due to erosion and flooding, and Marathon for Justice, which tells the story of past and present environmental inequalities in the United States. Brian holds an MFA in Film and Media Arts from Temple University and an MSW in Social Work from the University of Pennsylvania.  More of Brian's work can be viewed on his studio, Empathy Works, website: www.empathyworksfilms.net/films. 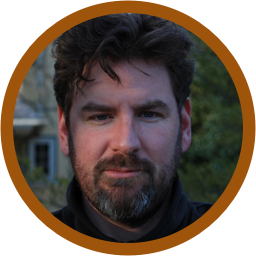 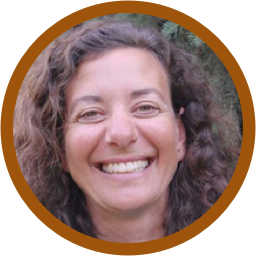 Robin works as a human rights attorney and has been researching the climate-induced relocation of Alaska Native communities since 2007. Her research has been publicized by CNN and the Guardian among others. She has worked with the White House Council on environmental quality to implement former President Obama’s climate change task force recommendation to address climate displacement as well as the UN high commissioner for refugees climate change office. She is a Senior Research Scientist at the University of Alaska Fairbanks and co-founded and works as the Executive Director of the Alaska Institute for Justice, a non-governmental organization that is the only immigration legal service provider in Alaska, houses a language interpreter center, training bilingual Alaskans to be interpreters, and also is a research and policy institute focused on climate and social justice issues. The Alaska Bar Association awarded her the 2007 Robert Hickerson public service award and 2012 International Human Rights Award. The Federal Bureau of Investigation awarded the Alaska Institute for justice the 2012 FBI Director’s Community Service Award for its work with human trafficking victims and the international Soroptimist’s awarded her the 2012 advancing the Rights of Women Award. Victims for justice awarded her the advocacy award in 2014.

Sally is a planner and program manager with the state of Alaska. She is primarily in charge of helping the Yup’ik village to relocate. In the film, Sally explains some of the difficulties involved with securing the funding needed for relocation. She also gives us an overview of the process for relocating this village—that the Army Corps of Engineers has estimated has only until 2017 before its largest and most significant buildings are impacted. 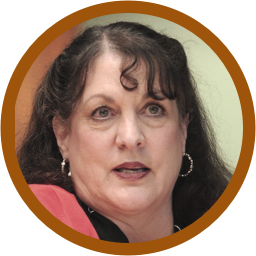 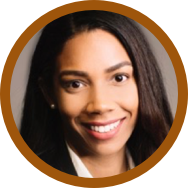 10 Questions
About the Film

ASHLEY: How did you develop the We Are All Related Here concept and film’s story?

BRIAN: I first started thinking about the idea of making a film about climate change in Alaska from seeing posts on Facebook by some of my friends who are living in Alaska, and who were commenting on the changes they saw taking place. One of these people, who is Yup’ik, was putting up pictures of his yard falling into a nearby river because of erosion and he was saying how Native people are being adversely affected by the changes. When I started asking more people about the situation, another Alaska Native person I am friends with suggested I contact some scientists and policy-related folks in Alaska and ask them if they had some input on which Native communities are being most affected by climate change.

ASHLEY: Alaska is home to 229 federally recognized tribes that are experiencing the impacts of climate change in their everyday lives. Is there a reason you decided to focus on the Yup’ik Tribe?

BRIAN: From talking with a few of the scientists and policy people that I was put I touch with back in 2014, I learned that 12 Alaska Native villages had decided to relocate and that 31 villages were being imminently threatened by climate change at that point. With this film, being an independent production, I knew I was only going to get to one of the villages. I ended up choosing Newtok I think because a few of the people I had been talking to kept mentioning it as one of the villages that was going to have relocate very soon.

ASHLEY: What is life like for the Yup’ik Tribe now located in Mertarvik, Alaska?

BRIAN: Only a few people from Newtok are currently living at the relocation site nine miles south at Mertarvik. I think only two of the three homes that have been built in Mertarvik are currently being inhabited, so everything is pretty quiet there at this point, and the tribe is waiting to receive some funding in order to help them relocate and build another 60 homes there.

ASHLEY: How are members of the Yup’ik Tribe maintaining their identities and traditions in their (new) community?

BRIAN: The sense of community and identity is strong among the people of Newtok. Everyone there is fluent in the Yup’ik language. Everyone takes part in their traditions like dancing and drumming and the people there will tell you how important hunting and fishing is to them. I tried to include some of that in the film. There’s also a moment in the film when Grant Kashatok, the principal of the school, is talking about how these traditions get handed down, and he ends by saying that the Yup’ik people have survived in that area for 10,000 years. In that scene, you get a sense that these traditions are integral to the survival of the Yup’ik people, and it seems, from what Grant was saying, that passing these traditions down to younger generations is at the core of being Yup’ik.

ASHLEY: What’s being done to improve food access in food deserts due to wetland ecosystems and wildlife resources being compromised in Alaska?

ROBIN: The concept of food deserts is not appropriate in the context of indigenous communities in Alaska who depend on the natural environment for their subsistence.

ASHLEY: What recommendations would you give to improve the state of global warming?

ROBIN: We are each responsible for the carbon emissions we generate. While it is important to have leadership at a national level to decrease these emissions, people residing in the United States who have extraordinary access to resources for our mobility need to reduce our carbon emissions.  One way to do this is to commit to not using any motorized transportation at least one day each week.

ASHLEY: How can the general public help support coastal communities as they adjust to new environmental challenges?

ROBIN: One way to support coastal communities is to reduce our carbon emissions.  Our collective failure to reduce our greenhouse gas emissions means that we are each responsible to the people who are losing their homes and the places that they love.

ASHLEY: Has transportation and infrastructure been impacted by environmental challenges in Alaska? If so, please explain how and if it is directly impacting Alaska Natives.

ROBIN: Yes, thawing permafrost and accelerated rates of erosion are damaging and destroying infrastructure and causing the land to permanently disappear.

ASHLEY: Who is covering the cost to relocate tribal communities in Alaska to safer areas impacted by erosion?

ASHLEY: What is the current condition of Newtok, Alaska featured in the film?

BRIAN: From what I have seen and heard, the situation is getting worse each year. I was told the Ninglick river used to be frozen during the month of November when storms arrive. The wind would just blow over the ice, but now the storms send waves crashing into the land which is eroding the village. It was estimated a few years ago by the Army Corps of Engineers that the land beneath the Newtok school would erode by 2017. That prediction doesn’t seem too far off, as I recently learned that the people of Newtok are expecting one of their houses to succumb to erosion this summer.