Say It Loud: Part I

Say It Loud: Part I 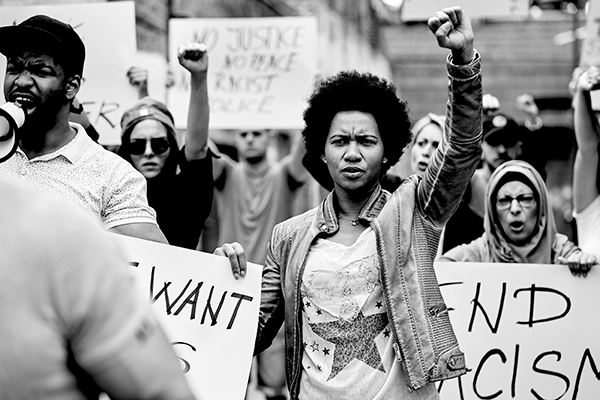 The iconic James Brown wrote and released the song, Say It Loud—I’m Black and I’m Proud in 1968. This was a pivotal time in history. Dr. Martin Luther King, Jr. was assassinated. The Fair Housing Act, the last piece of civil rights legislation of the era, was signed into law. And, the Civil Rights Movement ended. 1968 was the year uprising and the cries of anguish and pain in response to continued racial inequality heard from center to circumference in the United States of America resulted in meaningful changes.

I was not alive then, but as the black daughter of a black father and a black mother, I heard narratives of the movement throughout my life. I heard the stories of a father and a mother who wanted to protest but were not allowed to out of extreme caution because of their ages. I heard the stories of relatives having to go to the back door to pick up food from the local restaurants. While my lived experience was and is seemingly different than my parents and their parents, I fully recognize I am the beneficiary of a people who built a solid foundation for my life.

None of my grandparents had a college degree, yet they were determined to build a life that mattered for themselves and the generations that would follow them. They were business owners and members of Boards of Directors. They were active in the church and community, being intentional in their efforts to help others. My maternal grandfather was even the first black firefighter in my mother’s hometown. But more than anything, the elders in my family took very seriously their responsibility to remind me of who I was and who I could become. They knew this world would not look at me and see the fullness of my potential, so they watered the seed of greatness that was planted in me at birth.

They were there for every concert, every play, every graduation, and every important moment of my young life. They instilled in me a value system and drive that would not allow me to settle for less than my best. They taught me how to love people who were different than me, not just in their words, but in their actions as they welcomed foster children into their homes and cared for them as if their skin colors were no different than ours. Today I am reminded that not only am I the dream a slave once had, but I am the dream my grandparents and great-aunts and great-uncles once had. I do not take this lightly.

When they were working in the homes of white politicians, fixing their meals and watching their kids, they did it not only to put food on the table for my mother and father and their siblings, but they did it to build a better future for me before I was even formed or thought about. They hoped that the America I lived in would treat me better than the America they knew. But now, as a grown black woman in the United States of America, I am reminded today of how much things have not changed.

I wish I could say the struggles I face were as simple as police brutality or unjust policies, but they are much bigger than that. In my world, I look hate in the eyes more often than I desire to see. And the hate I see does not just show its face in my neighborhood or on social media. Sadly, I see the same hate in the hallowed halls of the National Institutes of Health. I hope this moment in history will make each of us pause and declare enough is enough. May we each decide that there must be an “after this” moment that compels us to show up differently than we did just a few short months ago. May we each be the change we desire to see.