#WOMENSHISTORYMONTH: Be Inspired – Unsung Leaders at the NIH, Part 1

#WOMENSHISTORYMONTH: Be Inspired – Unsung Leaders at the NIH, Part 1 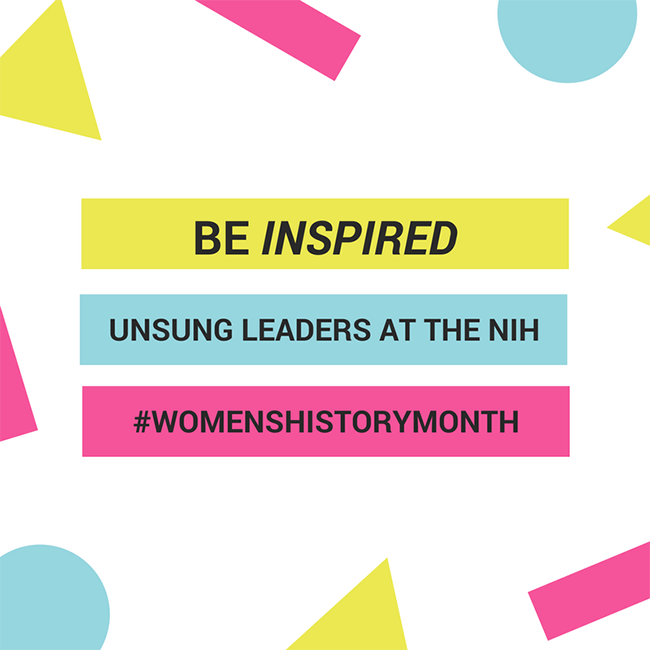 The National Institutes of Health continues to celebrate the contributions women have made to our nation and our agency through the NIH 2017 Women’s History Month theme “Be Inspired.” The Office of Equity Diversity and Inclusion is thrilled to recognize the unsung along with some more well- known women of the NIH in various disciplines, of every race and ethnic backgrounds. These women not only contribute to the strength of the agency through their daily dedication to the mission, but for serving as inspirations to their mentees, colleagues, and even their leadership.

Here we are highlighting only a few exceptional women across the NIH who lead powerfully and remarkably in their Institutes, serve as role models in their communities, and handle day to day issues with dignity and integrity. Follow the NIH Women’s History Month "Be Inspired" campaign on Twitter. 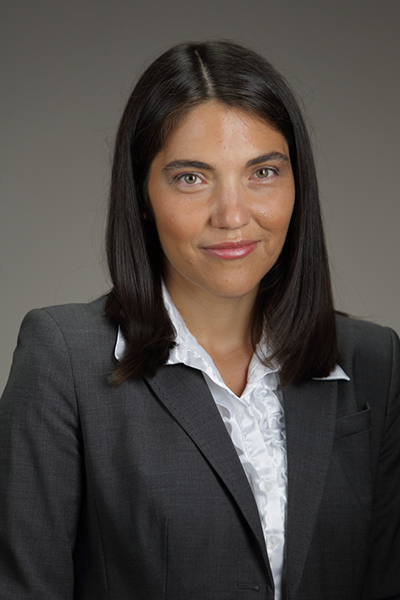 Dr. Apolo is a Lasker Clinical Research Scholar, Tenure-Track Investigator, and Chief of the Bladder Cancer Section of the Genitourinary Malignancies Branch of the National Cancer Institute (NCI). At 4-years-old, Apolo and her mother relocated from Ecuador to the U.S. where she was raised in New York City and attended high school in Spanish Harlem and College at Lehman College, City University of New York. She received her M.D. from Albert Einstein College of Medicine in New York and completed an internal medicine residency at New York-Presbyterian Hospital/Weill Cornell Medical Center, followed by a medical oncology fellowship at Memorial Sloan Kettering Cancer Center. She then joined the Medical Oncology Branch of the National Cancer Institute as an Assistant Clinical Investigator. She holds board certifications for internal medicine and medical oncology.

Dr. Apolo is dedicated to improving the lives of patients with genitourinary tumors. Her research involves designing and implementing clinical trials to test novel agents for the treatment of urologic cancers. Her primary research interest is developing targeted bladder cancer therapies, including angiogenesis inhibitors and agents that target MET. Another research interest is improving detection of bladder and prostate tumors by developing new imaging modalities. Finally, Dr. Apolo is interested in identifying molecular alterations in bladder tumors that will serve as targets for individualized treatment strategies. 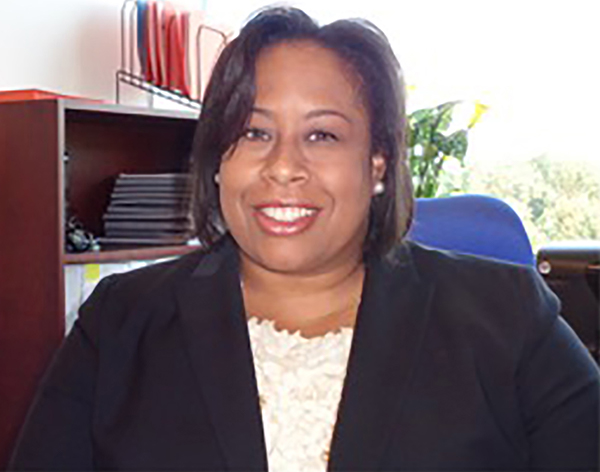 Kimberly joined the National Institutes of Health (NIH) in August 1999 as an administrative technician (personnel) for the National Cancer Institute (NCI). In August 2015, she became the National Institute on Minority Health and Health Disparities’ (NIMHD) first deputy executive officer. In her role as Executive Officer, Kimberly will serve as the principal advisor on management issues. This includes overseeing the institute’s financial management, human resources, information technology, administrative services, management analysis activities, as well as working with EDI to coordinate equal employment opportunity and diversity programs.

Kimberly is passionate about learning, quality of work life initiatives, and giving back to the community. She has mentored several federal employees, served as a panelist for the Montgomery County Chapter of the International Public Management Association for Human Resources (IPMA) on the Importance of Learning Today, served as a co-presenter for the NIH Telework Festival, "Making Telework Work for You,” presented the topic “Business Etiquette” to the NIH Management Interns and participated in several other discussions and interview panels across NIH.

Ms. Allen received her master's and bachelor's degrees from the University of Maryland Baltimore County. In 2013, she graduated as a senior fellow from the Partnership for Public Services' Excellence in Government Fellows Program. Kimberly looks forward to her continued role in public service where she can share her knowledge in the administrative, human resource, and managerial arenas with the NIH and more specifically NIMHD staff and stakeholders. 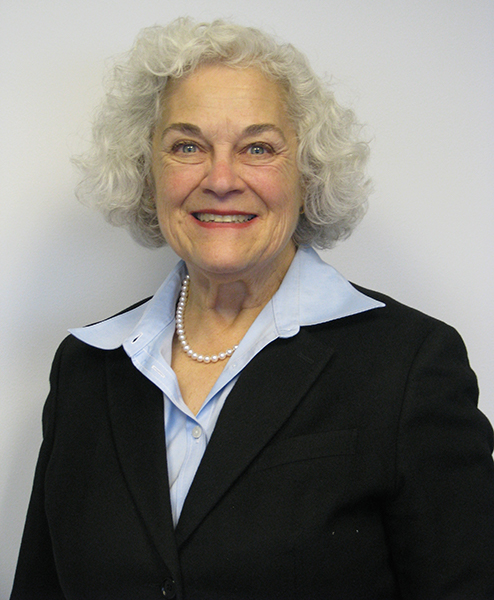 Dr. Dorothy Castille focuses on health disparities at community and population levels, specifically in American Indian and Alaska Native people at NIMHD. Her research concentrates on the role culture plays in shaping perceptions of illness and the choices individuals and groups make to enhance health and prevent disease, the role of early life experiences in the later development of disease, the impact of migration on health, and patient reported outcomes. Her research has been informed by experiences as a military wife with four sons living in the Philippines and Iceland and by field research with Highland Maya Indians in Chiapas, Mexico during the Zapatista Rebellion (1994). She came to the NIH in 2010, assumed responsibility for the NIMHD Loan Repayment Programs (L60 and L32) and developed Technical Assistance Webinars to support successful applications from emerging Health Disparity researchers and clinical researchers from disadvantaged backgrounds. Mentorship in grantsmanship and career development of minority and health disparities scholars focuses her activities.

Dr. Castille, a descendant from francophone Acadian and Spanish immigrants in southwest Louisiana, received her B.A. from the University of Louisiana at Lafayette (1969), in English and speech education. She earned her M.A. in anthropology from California State University, Hayward (1986), a Ph.D. in anthropology from the University of California, Berkeley (1996), and completed post-doctoral training in psychiatric epidemiology at Columbia University (1998-2001). Her graduate and postgraduate work included psychological anthropology; qualitative and quantitative research methods; psychiatric sequelae of stress, trauma, and stigma; and Native American, Alaska Native, Latino, and Asian cultures. She has a research associate scientist appointment with the Smithsonian Institution’s National Museum of Natural History in Washington, D.C. facilitating research associations between NIH funded Native scholars and Smithsonian scientists working on the connection between material culture and the health and wellbeing of Native communities.

In her spare time, Dottie is a League Certified Instructor and a coach for the League of American Bicyclists, who has organized and taught Smart Cycling classes for NIH Take Your Child to Work Day and Earth Day. She is an avid knitter for her grandchildren and assists members of her knitting group to correct errors and professionally finish projects. 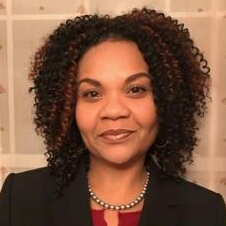 Romy Mondesir Reis is a Howard University graduate with a degree in International Business and a concentration in Finance. Romy joined the NIH in 1998 as a Grants Management Specialist in the Office of Grants Administration (OGA) in the NCI. As a longstanding leader in the field of grants, Romy has devoted her career to advancing the mission of NIH/NCI. Romy has had some amazing experiences in her career, including the pivotal role on the 2009 American Recovery and Reinvestment Act (ARRA). ARRA’s objective was to save existing jobs, create new ones and provide relief for those most affected by the recession which included health initiatives. As a member of the team, she was charged with the responsibility of awarding grants to promote this initiative. This assignment truly resonated with her because she realized that her work was contributing, at a very high level, to the mission of NIH and NCI, and the team would have an impact that would be felt amongst United States’ citizens.

While she has served as subject matter expert for various NCI/OGA topics, what she enjoys most is passing on her technical knowledge and experience to others through her mentorship of junior specialists. Romy, has shown commitment and dedication to her work while balancing the needs of her family as a wife and mother of 4 children. There are many key players in the overall mission of NIH and NCI and she is an everyday hero charged with the management and protection of billions of taxpayer dollars to ensure their appropriate use in the quest to cure disease and save lives all over the world. 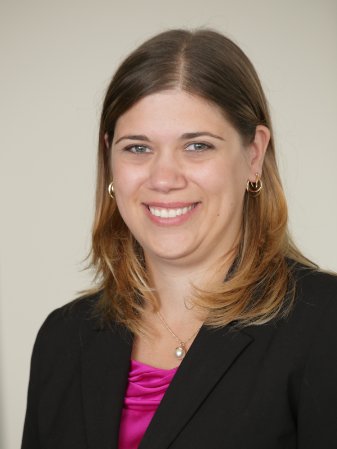 Jennifer Plank-Bazinet, Ph.D. is a Health Science Policy Analyst in the Science Policy Coordination, Collaboration, and Reporting Division of the NIH Office of Science Policy (OSP). Prior to joining OSP, she was a Health Scientist Administrator in the NIH Office of Research on Women’s Health (ORWH), where she led programs associated with women in the biomedical workforce and provided staff oversight on the NIH policy requiring consideration of sex as a biological variable in studies using vertebrate animals and human subjects.

Dr. Plank-Bazinet completed her postdoctoral training in the NIH IRP in the Section on Gene Regulation in the Laboratory of Cellular and Developmental Biology, NIDDK. She focused on using molecular biology and next generation sequencing to identify factors required for definitive erythropoiesis and human fetal-to-adult hemoglobin switching. Before coming to the NIH, she received a Ph.D. in Cell and Developmental Biology from Vanderbilt University where she studied factors that regulate beta cell mass expansion and embryonic stem cell properties and a B.S. in Biological Sciences from Carnegie Mellon University.