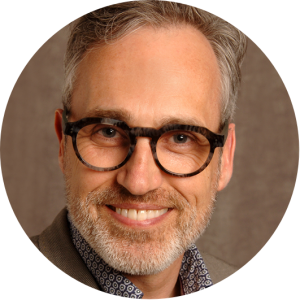 A clinical psychologist and an internationally known sexuality researcher, Walter Bockting is the Co-director of the Program for the Study of LGBT Health in the Division of Gender, Sexuality, and Health. He is a Professor of Medical Psychology (in Psychiatry and Nursing) at Columbia University, and in the Columbia University School of Nursing, is Co-Director of the Center for Evidence-based Practice in the Underserved.

After receiving his doctoral degree in psychology from the Vrije Universiteit, Amsterdam, The Netherlands, Dr. Bockting directed transgender health services for 20 years at the Program in Human Sexuality at the University of Minnesota. He also served on the graduate faculty of Gender and Sexuality Studies and was a co-founder of the University’s Leo Fung Center for Congenital Adrenal Hyperplasia and Disorders of Sex Development. Dr. Bockting’s research interests include gender identity development, transgender health, sexuality and the Internet, and HIV prevention. His work has been supported by grants from the National Institutes of Health, the American Foundation for AIDS Research, and the Minnesota Department of Health.

Dr. Bockting is the author of many scientific articles and textbook chapters, and editor of five books, including Transgender Health and HIV Prevention (Haworth Press, 2005) and Guidelines for Transgender Care (The Haworth Press, 2006). He is Editor-in-Chief of the International Journal of Transgenderism, Associate Editor of Sexual and Relationship Therapy, and serves on the editorial boards of the Journal of Homosexuality, the Archives of Sexual Behavior, and the International Journal of Sexual Health. He is past president and fellow of the Society for the Scientific Study of Sexuality, as well as immediate past president and a member of the board of directors of the World Professional Association for Transgender Health. In 2010-2011, Dr. Bockting served on the National Academies' Institute of Medicine Committee on LGBT health issues, research gaps and opportunities.