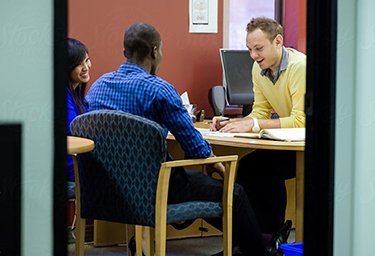 The Informal Pre-Complaint is the first stage of the federal EEO administrative complaints process.  The purpose of the Informal stage is to provide individuals with information about their EEO rights and responsibilities and, when possible, to act as a vehicle for achieving informal resolution of the issues and/or concerns presented by the individual.  The Informal Pre-Complaint is a prerequisite for filing a Formal EEO Complaint and cannot be waived by the complaining individual or the National Institutes of Health (NIH).  The Informal Complaint stage involves a relatively streamlined process and is usually completed within 30 to 90 calendar days of the individual’s initial contact with an EDI Counselor.  If the dispute is not settled during the Informal stage, the individual can file a Formal Discrimination Complaint with NIH’s Office of Equity, Diversity, and Inclusion (EDI).

By regulation, EDI may not dismiss any dispute that is brought to our office at the Informal stage.  Nor do we make a decision about the merits of the case.  This stage is designed to enable the NIH to address workplace concerns at the earliest possible stage and discuss resolution of the issue.  This stage is not designed for the parties to present their case or for EDI to issue an opinion about who may be right or wrong in the dispute.

Any individual who feels they have been discriminated against because of race, religion, color, national origin, age (40 or older), physical or mental disability, equal pay/compensation, genetic information, or sex (including pregnancy, sex stereotyping, gender identity, transgender status and sexual orientation), have access to the Informal stage. Individuals who feel that they have been retaliated against for opposing employment discrimination, filing a complaint of discrimination, or participating in the EEO complaint process (even if the complaint is not theirs) also have access to the Informal stage. The individual who files an Informal Pre-complaint is called the Aggrieved Party.

The following may file a complaint:

In all cases, the EDI Counselor will give the individual the choice of the form of alternative dispute resolution (ADR) that they prefer.  They may choose either shuttle diplomacy with the assistance of an EDI Counselor or they may choose mediation. Regardless of the choice, the role of the EDI Counselor is to conduct an informal, "limited inquiry" into the allegations contained within the Pre-complaint, to determine the allegations that are being raised by the Aggrieved Person, obtain management's response, and acquire information needed to make decisions on jurisdictional questions specified in the regulations.

If shuttle diplomacy is chosen, the EDI Counselor serves as a bridge between the individual and management officials in order to seek a mutual understanding of what may be causing the dispute or conflict, and to determine potential solutions to resolve the complaint.  The EDI Counselor shuttles between the management official and the Aggrieved Party who filed the pre-complaint in an attempt to identify a resolution of the issues.  The key with shuttle diplomacy is that the parties do not sit at the table with one another.  The EDI Counselor interacts with each separately in an attempt to help the parties resolve the dispute.  If shuttle diplomacy is elected, EDI has 30 days to close out the Informal Complaint or up to 60 or 90 days if the parties agree to extensions.  Informal Complaints are closed out with the issuance of the Notice of Right to File a Formal Complaint or the execution of the settlement agreement in those cases where the parties agree to mutually resolve the dispute.

If mediation is chosen, the EDI Counselor will coordinate to obtain a third party mediator.  While the mediation is being arranged and conducted, the EDI Counselor still has the responsibility of conducting the limited inquiry into the allegations being raised.  The key to mediation is that the parties will sit down at the table with one another and a neutral mediator will assist in the discussions for the parties to understand the interests involved in the dispute and the mediator will assist in identifying solutions that may resolve the dispute.  If mediation is chosen, EDI has 90 days to close the Informal Complaint.  If the matter is not resolved during mediation, the EDI Counselor will issue a Notice of Right to file a Formal Complaint to the Aggrieved Party.

Once an individual contacts EDI to file an Informal Complaint, they will be provided an choice of alternative dispute resolution (ADR).  This is either shuttle diplomacy (with an EDI Counselor) or mediation.  By HHS policy, the form of ADR that is used to resolve EEO complaints, when shuttle diplomacy is not elected, is mediation.

If the dispute is not settled during the Informal stage, then the employee can file a Formal Discrimination Complaint with EDI.  The EDI Counselor will hold a final interview with the individual during which they will receive a notice with instructions about how to file a Formal Complaint of discrimination.  This interview will take place within 30 calendar days from the date that the individual first contacted EDI to request counseling unless the individual participated in ADR or agreed to an extension of up to an additional 60 calendar days.  Formal complaints must be filed within 15 days from the date that individuals receive notice from the EEO Counselor about how to file a formal complaint.