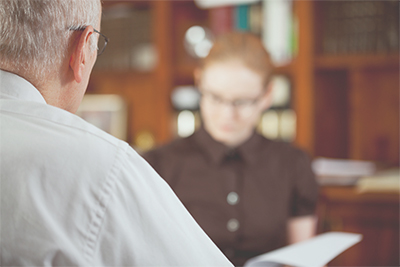 Department of Health and Human Services' (HHS) policy, dictates that mediation is the form of Alternative Dispute Resolution (ADR) used to resolve Informal Complaints of Discrimination when shuttle diplomacy is not elected at the Informal stage. Mediation is a confidential process in which disputing parties meet and a neutral, impartial third party (mediator) who facilitates discussions to assist the parties in reaching a mutually acceptable resolution. The parties sit at the table with one another and with the assistance of the neutral mediator, attempts are made to resolve the dispute. If you are interested in mediation at the formal stage, please contact your assigned EDI Specialist.

How Do I File a Formal Complaint?

Once EDI receives a Formal Complaint of Discrimination, the Specialist will review the allegations contained in the Complaint and apply the 12 bases for dismissal as contained in 29 C.F.R. § 1614. A determination will be made as to whether any of these 12 bases of dismissal should be applied. It should be noted that none of the 12 bases of dismissal pertain to the merits of the case, rather, they are jurisdictional in nature and the Specialist does not have the right to dismiss based on the lack of merit of any complaint. If, after the legal review, none of the claims can be accepted for investigation, the case will be dismissed and the Complainant will be issued appeal rights. If some or all of the claims are accepted for investigation, the claims will be assigned to an EDI EEO Investigator or the claims will be referred to the Department of Health and Human Services (HHS) who will contract for an EEO investigation. Once the investigator is assigned they will reach out to the Complainant and to all of the third party witnesses and management witnesses to collect all documentary evidence, including affidavits. Once gathered this evidence will be compiled into a Report of Investigation (ROI) which serves as the evidence file in the case. Generally, investigator has 180 days to complete the ROI (barring any extensions or amendments). Once the ROI is completed the Complainant will be provided with a copy and they will have the election between a hearing before an administrative judge of the U.S. Equal Employment Opportunity Commission (EEOC) or a Final Agency Decision (FAD) which is a written decision based on the ROI prepared by the Department of Health and Human Services.

During the Formal Complaint stage, individuals have the following rights:

To avoid any undue delay in processing the Formal Complaint, individuals have the following responsibilities:

Under 29 C.F.R. § 1614, the Department of Health and Human Services (HHS) must complete the Report of Investigation of the accepted claim(s) within 180 calendar days from the date on which the individual complaint was filed. This time period may be extended by up to an additional 90 calendar days if a) the individual and the agency voluntarily agree, in writing, to an extension, or b) if a complaint has been amended. The Report of Investigation contains all of the documentary evidence and affidavits of the pertinent witnesses associated with the administrative EEO complaint. Investigations at NIH are conducted by contract Investigators through a contract held by HHS.

Within 30 calendar days of receipt of the Report of Investigation, an individual may elect a hearing before an EEOC Administrative Judge, or a request a Final Agency Decision issued by the HHS EEO Director.

If the individual requests a Final Agency Decision, the final decision shall consist of findings by HHS on the merits of each issue in the complaint or, as appropriate, the rationale for dismissing any claims in the complaint. If discrimination is found, the Final Agency Decision will also discuss appropriate remedies and relief in accordance with subpart E of Title 29 C.F.R. § 1614.

The Final Agency Decision will contain the following: