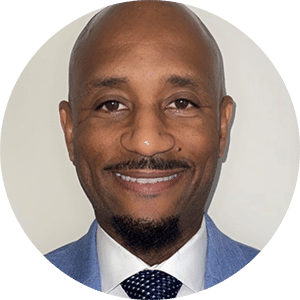 James S. Hopkins is a well-accomplished and detail-driven Manager. He brings over 15 years of experience overseeing business operations. Prior to the NIH, Hopkins served as Acting Supervisor of Distribution for the United States Postal Service (USPS). In this role, he performed varying analytical tasks to maximize workplace efficiency and establish key performance indicators to evaluate each employee. A notable achievement was his role in the implementation of the USPS Employee management program "Change Management." This program was adopted by USPS across the nation and promoted synergy, communication, and transparency.

He has a proven track record for operating in highly regulated and fast-paced environments. He has in-depth knowledge of EEO laws, regulations, and policies. This experience was fostered in his time as a Collateral EEO Contract Counselor.

He received his EEO Specialist Training Certificate from the Defense Equal Opportunity Management Institute (DEOMI). This puts him at the forefront of nondiscriminatory policies and developing data-driven solutions to mitigate workplace discrimination. In addition, his training received by the Center for Alternative Dispute Resolutions and several seminars presented by the EEOC allows him to understand conflicts and devise resolution training plans to mitigate issues.

He studied Human Relations at Montgomery College, which has assisted him in mediating conflicts between employees, managers, and other contract employees. Originally from Rockville, Maryland, he loves to travel, and is fascinated by the history of ancient ruins and civilizations.