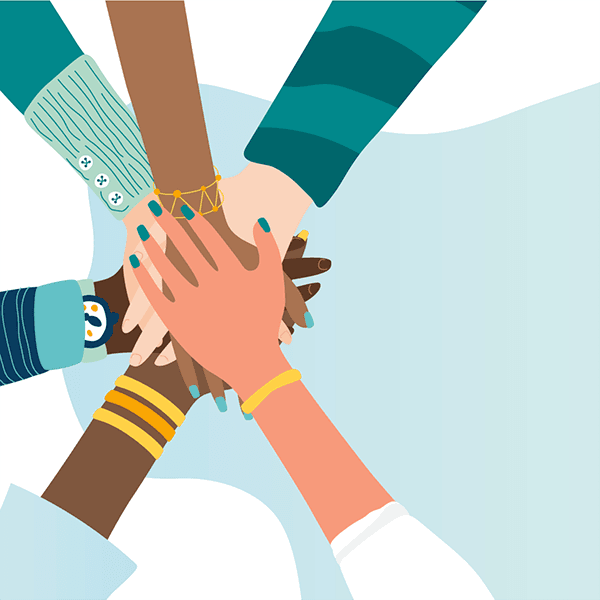 Questions are answered by this esteemed leadership panel with thoughtful and insightful responses:

Practical strategies are shared making this discussion a must see and share.

The National Institutes of Health (NIH) understands that equity, diversity, and inclusion are critical scientific imperatives that allow the NIH to achieve the mission of advancing the health research for our nation. The NIH is deeply committed to advancing diversity and inclusion and ensuring that the experiences and contributions of each member in our community are valued, and their civil rights are protected.

The purpose of this event is to consider leadership, meaningful engagement, long-term impact, and community support as critical elements in allyship. This panel will be composed of a diverse group of speakers willing to share best practices, personal experiences, and suggestions with the audience on how to be the most effective ally in action.

Melody Delmar, Health Science Policy Analyst, Tribal Health Research Office
Melody Delmar (she/her) is a member of the Navajo Nation and is a Health Science Policy Analyst for the Tribal Health Research Office at the NIH. She received her master’s in social work from the Brown School at Washington University in St. Louis and concentrated in American Indian & Alaskan Native studies specializing in policy & research. Originally from Arizona, she holds a BS in psychology from Northern Arizona University. With over 14 years of experience working with children, families, and organizations in various leadership capacities, she is passionate about strategically working with Native American populations.

Roland Owens, Director of Research Workforce Development, Office of Intramural Research (OIR)
Dr. Roland Owens came to the NIH Office of Intramural Research in 2008. His primary duty as an Assistant Director is to facilitate and enhance principal investigator recruitments within the Intramural Research Program. As a logical offshoot of this primary duty, he is the principal OIR senior staff member responsible for promoting diversity and inclusion in the biomedical research workforce, as well as promoting mentorship at the NIH. He also coordinates an annual course for new tenure-track PIs, titled “How to Succeed as a PI at the NIH – Leadership & Management Skills.”

Dr. Owens received his bachelor’s degree in biology from the University of Maryland Baltimore County (UMBC) and his Ph.D. in biology from Johns Hopkins University. He began his career at the NIH as a National Research Service Award Fellow in the National Institute of Child Health and Human Development (NICHD) in 1985. In 1988 he received an Intramural Research Training Award in the National Institute of Diabetes and Digestive and Kidney Diseases (NIDDK). He became a principal investigator in NIDDK in 1992, and he was tenured in 1998.

His research focused on adeno-associated virus type-2 (AAV2). His group’s 1994 paper “Adeno-associated virus (AAV) Rep proteins mediate complex formation between AAV DNA and its integration site in human DNA” (Proc. Natl. Acad. Sci. USA 91:5808-5812) has been cited more than 250 times. Dr. Owens is a co-inventor on two patents involving AAV2 gene therapy applications. He served on the editorial board of the Journal of Virology from 1997 to 2002, and he was a member of the NIH Central Tenure Committee from 2000–2002. He is active in mentoring minority scientists, and in 2002 he was selected as Mentor of the Year by the UMBC Meyerhoff Scholarship Program.

In 2010, Dr. Owens won an NIH Director’s Award for co-leading the trans-NIH Earl Stadtman tenure-track investigator search. In 2011, he won an NIH Merit Award “in recognition of the exemplary support to NIH Leadership’s establishing diversity programs.”

Susannah Allison, Program Officer at National Institute of Mental Health
Dr. Susannah Allison is a Program Officer at the National Institute of Mental Health within the Infants, Children and Adolescents Research Program in the Division of AIDS Research. The program supports neurobehavioral and psychosocial studies involving infants, children, and adolescents that are infected with HIV, affected by HIV, or at-risk for HIV. For the past 10 years, she has overseen a portfolio of grants both domestically and internationally that focus on youth and HIV. Dr. Allison is one of the co-chairs of the Sexual and Gender Minority Research Coordinating Committee (SGMRCC) at the NIH. She is also involved in a number of NIH research networks including the Adolescent Medicine Trials Network (ATN) and the HIV Prevention Trials Network (HPTN). Prior to working at NIMH, Dr. Allison worked with children and families infected and affected by HIV/AIDS in Baltimore, Miami, and Washington, DC. She completed her graduate studies at George Washington University where she received a PhD in Clinical Child Psychology with an emphasis in child health psychology.

Baldwin Wong, Chief of the Science Policy and Planning Branch (SPPB), National Institute on Deafness and Other Communications Disorders (NIDCD)
Baldwin (Buck) Wong is chief of the NIDCD Science Policy and Planning Branch at the National Institute on Deafness and Other Communications Disorders. In this role, Buck is responsible for leading and coordinating NIDCD on science policy decisions, performing portfolio analyses and evaluations, serving as liaison with Congress and patient-advocacy groups, and implementing the Institute's strategic planning efforts. During his 38 years at the NIH, he has worked in multiple institutes in scientific and administrative roles such as a technical information specialist, legislative liaison, and as a health science policy analyst. He served as a senior analyst responsible for managing the NIH AIDS Research Loan Repayment Program, the first educational loan repayment program designed to attract basic scientists and physicians to the NIH’s research effort against AIDS and HIV. In addition, Buck served as the Executive Secretary of the NIH Stem Cell Task Force, which was responsible for identifying obstacles to the NIH’s stem cell research agenda and developing strategies to overcome these challenges. He began his Federal career at the NIH in 1983 as an intramural microbiologist conducting research on the biosynthesis, transportation, and secretion of hormones of the brain and pituitary. Buck is a graduate of the NIH Management Intern Program (Class of 1998) and the University of Maryland (Class of 1980).