Being Autistic and a Member of the LGBTQI+ Community

Being Autistic and a Member of the LGBTQI+ Community 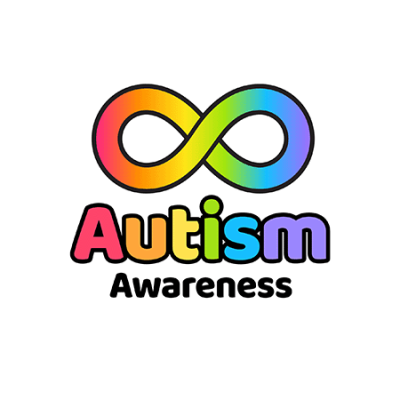 Bali: Tell us a little about your background, Vanessa. When did you first learn about autism and your connection to it?

Vanessa: I learned I was autistic in January of 2021. I experienced a tremendous amount of difficulty with getting work done at home once the quarantine started in March 2020, and it eventually got bad enough that I decided to get assessed for ADHD. During this assessment, I was asked if I wanted to also get assessed for autism. I agreed, as I had suspected for years that I was autistic. I had been out as trans for over 3 years at that point, and transgender people are believed to have between a 3 and 6 times higher likelihood of being autistic compared with cisgender individuals.1 Additionally, I have a congenital disorder called Goldenhar disease, which deformed the right half of my face, and is commonly comorbid with autism. Finally, ADHD, a very common comorbidity of autism, runs rather heavily in my family.

Bali: What have been some of your greatest challenges getting to this point?

Vanessa: Growing up, I knew that I was different, but never really had the language to describe it. Other kids seemed to understand something that I didn’t. In my favorite book series, “Wayfarers” by Becky Chambers, there’s a character named Pei. She’s a member of a species that is deaf and naturally communicates through color patches on their faces. Chambers makes sure to explain to readers how the galaxy isn’t made for Pei, and she has to wear an implant to understand spoken language. Because of this, being among other people is draining for her. As both an autistic person and a transgender person, I relate strongly with her plight. Things that are easy for some people may be more mentally draining for me. A morning commute, a grocery shopping trip, or a trip to the doctor may cause me to use more mental energy than another person because of the uncertainty I might experience engaging in these activities, as well as a plethora of sensory stimuli that I need to process. Learning I was trans and autistic required me to introspect over several years before I could understand why the world and my experience of it was so different. I had to work to understand who I am, and I am very proud of that fact. On a very different note, one very major barrier I experienced while getting to my current position at work was finding out after 6 months of unsuccessful job applications that a reference of mine had outed me as transgender in his recommendation letter. While I’m openly trans, I avoid disclosing this during the job application process.

Bali: Are there role models or people you look up to who have inspired you in navigating multiple experiences being trans and a person with autism?

Vanessa: I have many role models when it comes to people with autism and transgender people, both within the realm of science and in a broader sense. However, I don’t have any such role models who are both trans and autistic. This is particularly startling because autism is relatively common among trans people. My biggest inspiration as a scientist is the late neuroscientist Dr. Ben Barres.2 Pioneering the field of studying glial cells in the brain, he was the first openly transgender person to be accepted into the National Academy of Sciences. Because of his experiences with sexism before he transitioned, he campaigned heavily for more protections for women in science against harassment. I feel incredibly grateful for his work as both a woman and as a transgender person. I also look up heavily to Temple Grandin.3 She was among the first people with autism in the spotlight of greater society. As one of the leading experts on animal behavior, she’s shown the world the strengths autism can bring to a scientist and has broadened the cultural image of what an autistic person looks like and can be.

Bali: What have your experiences been as a woman of transgender experience and as a person with autism?

Vanessa: As previously stated, I found out I was autistic last year at the age of 23. This was not a large surprise for me, but it was surprising to much of my family, who hadn’t suspected a thing. This is common for girls with autism. The initial research on autism primarily looked at boys, so that’s what both the diagnosis criteria and cultural perspectives were based on for a long time. However, autism often presents differently in autistic girls. As such, it often isn’t until adulthood that women with autism receive a diagnosis. As someone who, growing up, had a more typical female presentation of autism but was outwardly perceived as a boy, this problem was compounded even further.

Bali: What has your experience been in pursuing your science career goals?

Vanessa: As I mentioned, autism and ADHD made it difficult for me to work during quarantine. My brain had a “work context” for getting work done and a “home context” for relaxing. When working from home, the barrier between those two became increasingly blurred, and work suddenly took far more energy than it used to. My brain craves routine and works best when I have something resembling a routine in my day-to-day life. Quarantine took that away from me, and this made accomplishing tasks harder. However, one major strength that autism has given me is how often I’m able to solve problems that others can’t because I naturally look at things from a slightly different perspective. My brain naturally focuses on details that other people may overlook. The way I see problems isn’t better, but it’s different. Diversity of perspective and approach is important, and the way I problem solve is exemplary of that.

Bali: Tell me what the meaning of visibility for SGM people—or specifically trans people with autism—is for you.

Vanessa: I tend to think of visibility more functionally, rather than thinking of it in terms of it explicitly. I once had a discussion with a professor about the concept of labels. He was told growing up that it was impolite to label others, yet many people from my generation really enjoy labels and the sense of identity they can bring. When asked about this discrepancy, I said, “It’s really reassuring to know that there are enough other people with the same experiences as you that an aspect of yourself has a name for it.” Visibility is living your life proudly so that those like you can feel less alone. It’s about seeing people you can relate to, even if you don’t yet know why it is you relate to them. It’s not just about setting a good example but providing an example at all.

Bali: What changes—improvements or regressions—have you seen in your time here?

Vanessa: Because I learned I was autistic while working at the NIH, it’s difficult for me to truly evaluate how NIH differs as an institution from others in that regard. Since I started at the NIH, I’ve noticed a lot of improvements regarding neurodiversity.4 I have recently attended virtual neurodiversity coffee chats, which have allowed me to meet more people like me and talk about our shared experiences in science. There was also an ADHD skills course for learning how to better cope with the challenges of ADHD. Finally, earlier this year, there was a talk by OITE titled, “Welcoming Colleagues on the Autism Spectrum.” All of these NIH-led activities help to destigmatize neurodiversity, and I’m glad to see what NIH is doing in this regard. I have found that, at least anecdotally, the sciences are more welcoming to people with autism than many other fields, but there’s still a lot of work that needs to be done. There has long been space for LGBTQI+ people at the NIH through the organizations LGBT Friends and Fellows (F&F) and Salutaris. I’ve noticed these organizations—and in the case of F&F— have contributed to a lot more activities and events. The community for LGBTQI+ people hasn’t exactly gotten wider, but I believe it has gotten deeper.

Bali: What would you like to see still at NIH? What changes would you make, if any?

Vanessa: I often find myself having to be the representative for both of my communities. I can’t count the number of times I’ve had to explain the fundamentals of talking about trans people respectfully or the conversation difficulties people with autism face. However, this is work I do proudly knowing that I’m helping to make the world a bit more habitable for both of my communities, but it’s still draining. I recently wrote another blog post for EDI regarding trans people in science and best practices when talking to and about trans people. This article was motivated largely in part as a way for me to have something to point people to instead of having to give the same spiel over and over. I’m grateful for the advances the training office at the NIH has made in teaching people how to work better with colleagues with autism. My hope for the future is that training opportunities like these will continue and include a much stronger level of input from autistic voices.