No Data, No Diversity, No Worries?

No Data, No Diversity, No Worries? 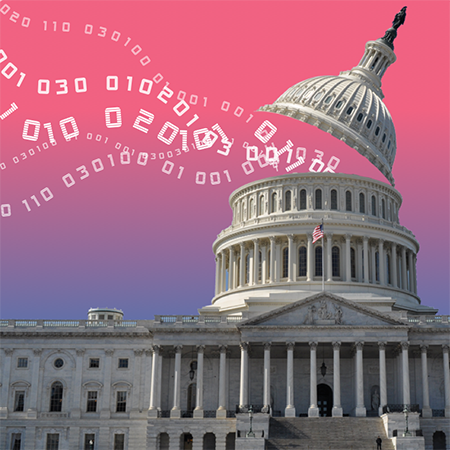 A recent report by James Jones, a sociology doctoral candidate at Columbia University, found that 92.9% of top DC Senate staffers are white. Jones defines top staffers as chiefs of staff, legislator directors, communications directors, and individuals who were identified in senior roles. His research does not specify Senate offices but presents the race/ethnicity data in aggregate. Read more about Jones’ research methods.

Through data, Jones’ research illustrates that the lack of diversity constitutes a historic and systemic issue plaguing the United States Senate. The Senate is exempted from disclosing race and gender demographic information of its workforce to the U.S. Equal Opportunity Employment Opportunity Commission (EEOC), despite federal law that requires federal agencies and other private and non-profit entities to disclose such demographic workforce information. Ironically, the Senate legislated this exemption for itself.

Despite representing 36% of the US population, people of color make up only 7.1% of top Senate staffers. Top Senate staffers have a significant role in influencing the legislative process—including but not limited to providing policy expertise, developing legislation, running congressional offices, and hiring employees. According to Jones, his research does not necessarily mean that non-diverse staffers are always incapable of representing diverse communities or that proportional racial/ethnic representation among the staff will solve all problems. However, he does assert that a more diverse staff would “enhance deliberation, innovation, legitimacy, and legislative outcomes,” and more accurately represent diverse constituencies in the legislature. Jones concluded his report by proposing several solutions designed to address the lack of diversity among top Senate staffers.

What can we make of Jones’ findings? And how might it inform our work and measurably increase diversity and inclusion? Jones’ assessment of top Senate staffers serves as a stark example of how a failure to maintain and report appropriate demographic data can allow diversity problems to languish until they reach dismal proportions. In the absence of demographic data, agencies and organizations cannot be held accountable for increasing diversity and inclusion in the workplace.

On the bright side, however, Jones’ work highlights how we can leverage data to form measurable solutions to the complex problem of diversity and inclusion. According to a Pew Research Center study in 2014, 76% of people who generally trust the federal government say government data can help government officials be more accountable (additional information: Pew Research Center’s Open Government Data). If data is not available to the public, then correlations or even speculations about diverse employees bringing different perspectives and problem-solving skills to an organization cannot be empirically formed. The only way to successfully observe and assess diversity and inclusion within the workplace is to accurately maintain, and transparently report, clear and measurable data.