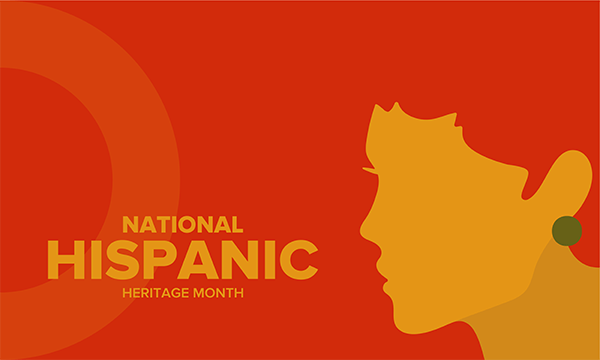 2021 has been a year full of hope and promise. We have seen and experienced a myriad of changes as we look forward to what the next season will bring. Since 1988, Hispanic and Latinx communities have celebrated Hispanic Heritage Month (September 15-October 15), paying tribute to the contributions and culture of Latinx and Hispanic people. This year’s theme, Esperanza: A Celebration of Hispanic Heritage and Hope, speaks to the work and lives of Latinx people in America.

Hope can sometimes feel elusive without cultural awareness and policy changes. Many allies, or would-be allies, want to know how to be of better service to the Latinx community. I believe becoming an ally starts with gaining awareness of issues that impact other communities. While there are many roads to becoming an ally, as my esteemed colleagues Ashley Wells and Bali White expressed so eloquently in their blog, A Conversation on Allyship, I want to reiterate that there are often commonalities among different underserved communities and great variance within those communities. No group is a monolith, but the desire for basic human principles, hope, and promise for us and the next generation is nearly universal.

As the Women’s Portfolio Strategist in the Office of Equity, Diversity, and Inclusion (EDI), I want to take a moment to focus our attention on organizations like MANA:

Founded in 1974, MANA, A National Latina Organization® (MANA) is a national grassroots membership organization with chapters, individual members and affiliates across the country. MANA represents the interests of Latina women, youth and families on issues that impact our communities. MANA contributes the leading Latina voice on many of the major issues in the public sphere, particularly in the areas of education, health and well-being, financial literacy, equal and civil rights, and immigration reform. Chapters and Affiliates provide programming locally to educate and empower our communities nationwide. Our values are rooted in serving the community through leadership development, educational workshops, mentoring the next generation of leaders, and building the structures to support continued Latina success.

Organizations like this one are the architects building a path to long-term prosperity for Latinas.

Recently, MANA, alongside other likeminded organizations, supported the National Domestic Workers Bill of Rights, writing, “The National Domestic Workers Bill of Rights is a comprehensive vision for the country to ensure that every nanny, housecleaner, and home care worker in the United States can earn a decent living, have a voice at work, support their health and their families, and work in safety and with dignity.”2 Isn’t this what everyone should expect at work? Safety, dignity, respect, and a living wage. For most people, it’s easy to get behind these principles and show up as an ally, but what about supporting other needs?

Cultural awareness brings hope with the knowledge, pride, and understanding of the many remarkable things provided by Hispanic American culture. It should also compel us to take a stand alongside our often-overlooked peers. For example, according to the 1994 Willful Neglect report, Latinxs remain one of the most underrepresented groups in the Smithsonian Institution.3 Regarding the construction of a long-awaited museum on the grounds of the National Mall in Washington, D.C., to specifically celebrate Latinx culture, supporters banded together to assert, “Latinos make up nearly 20 percent of the U.S. population and have been an integral part of the American story for more than 500 years. The purpose of the National Museum of the American Latino is to correct this blatant omission and illuminate the American Latino story for the benefit of all.”4

I stand in staunch support of these two important initiatives because the National Domestic Workers Bill of Rights supports the basic human rights of Hispanic and Latinx people, and the construction of the National Museum of the American Latino is a culturally significant advancement for this community.

I am an ally for Hispanic and Latinx communities. Are you?