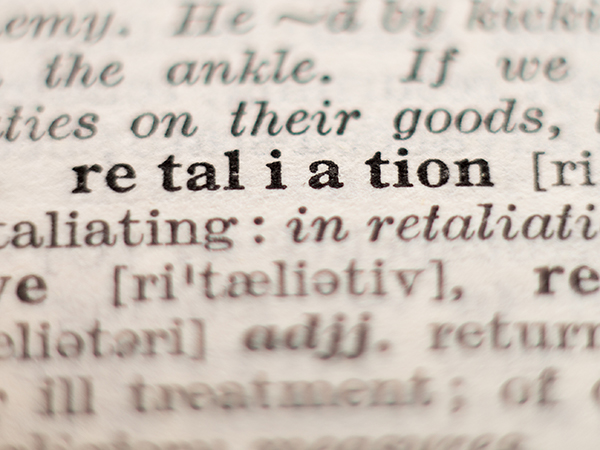 I am shocked and appalled that my employee filed an EEO complaint stating that I retaliated against her! After all, I have been the manager of this department for over nine years and never once have I been accused of treating someone unfairly. This ordeal started back in October, when she named me as the Responsible Management Official in her EEO complaint claiming that I treated her unfairly because she was a woman. I felt that this was ludicrous; after all, I promoted her twice over some of the men in the department and never once treated her differently than the others. I cannot believe she filed an EEO complaint against me as if I were some sort of male chauvinist. After that allegation, I avoided any possible close contact with her. I didn’t want to make it any worse and have her add a sexual harassment claim on top of her allegations. I made extra efforts to keep things cordial; I distanced myself from her and made sure any interactions with her were just about work. We had a holiday party in December and I purposefully did not invite her so she would not think that I was trying to butter her up to drop that ridiculous EEO complaint. In addition, I refused to meet with her in private like I normally do with the other staff for their one-on-one supervision. In fact, I sent all communications via email so as not to provide any opportunity for her to confuse my actions as being unfair or inappropriate. Just last month I received another claim from the EEO office stating that she added retaliation to her formal EEO compliant. What is going on here?

According to the Equal Employment Opportunity Commission (EEOC), “retaliation occurs when employers treat applicants, employees or former employees, or people closely associated with these individuals, less favorably for:

In the above scenario, the federal manager tried to treat the employee with more caution and ended up treating her differently. While the manager may have had good intentions, these kinds of tricky situations might require learning more about discrimination laws and asking for advice from the EEO office.

The best way to assess if you are participating in retaliatory behavior is to:

To learn more, check out these other informative blogs: