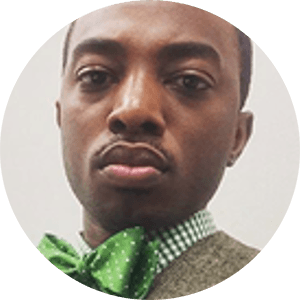 Christopher Jackson joined the Division of Scientific Equipment Instrumentation Services (DSEIS) as a Program Support Assistant in 2018. In this role, he is responsible for procurement, administrative tasks, and customer service. Chris will join Office of Equity, Diversity, and Inclusion (EDI) as an Administrative Management Team (AMT) member in January of 2022. He is creative, hardworking, enthusiastic, passionate, determined, and eager to learn new skills.

A native of Jacksonville, Florida, Chris began his government career with the United States Department of the Interior (National Park Service) as a park ranger in the summer of 2010. Among his responsibilities there, he used his multi-language skill (English, Spanish, and American Sign Language) to engage the diverse community in park programs and initiatives, including Park Partners. Also, he served as the volunteer coordinator for all the parks in the National Capitol Parks East region.

In 2010, he received his Bachelor of Arts degree in International Studies with a minor in Spanish from Morehouse College, Atlanta, Georgia. Today with his unique set of creative and interpersonal skills, he uses his ability to connect with a mixed group of people through American Sign Language, Spanish, and Tagalog (Filipino language).

When he is not working at the National Institutes of Health (NIH), Chris enjoys exercising at the gym, shopping, traveling, and being of service to others as a member of the Kappa Alpha Psi Fraternity, Inc., and as a volunteer with the National Alliance of Black Interpreters (NAOBI) where he participates in deaf meet-up groups. Chris’ personal and professional philosophy of life is... Strength +Shared Knowledge × Determination ÷ by Consistency = Success.