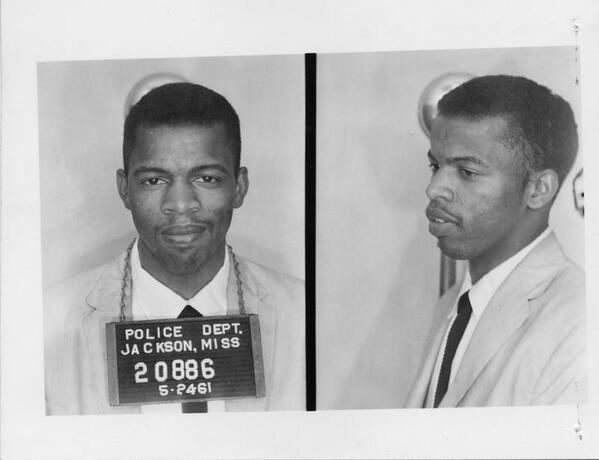 John Lewis is an American politician, activist, the dean of the Georgia congressional delegation, and the U.S. Representative for Georgia’s 5th congressional district.

Before Lewis was a U.S. Representative, he was a young man fighting for civil rights. Lewis was one of the “Big Six” leaders of groups who organized the 1963 March on Washington, one of the 13 original Freedom Riders, and played many other key roles in the Civil Rights Movement that was a catalyst for the end of legalized racial segregation in the U.S.

On July 7th, 1961, Lewis was released from Parchman Penitentiary (now Mississippi State Penitentiary) in Mississippi after 37 days in prison on a charge of "disorderly conduct" — which was refusing to follow a segregation law by using a so-called “white” restroom during the Freedom Rides. This month makes it 58 years since Lewis was released after being arrested and serving time at Parchman, which is an infamously known prison, due to its treatment of the Freedom Riders.

This wasn't Lewis' first arrest or his last: he's been arrested 45 times during his career, most recently during an immigrant-rights protest in 2013. Lewis demonstrates his commitment by continuing to stand by, be a voice for and advocate for the civil and economic rights of African Americans and all minorities and partook in what he calls “good trouble,” by putting his freedom on the line to fight for an important cause.