The NIH Director’s Award Recipients for Equity, Diversity, and Inclusion 2020

The NIH Director’s Award Recipients for Equity, Diversity, and Inclusion 2020

The 2020 Awards Ceremony took place on September 23, 2020. Congratulations to the recipients! 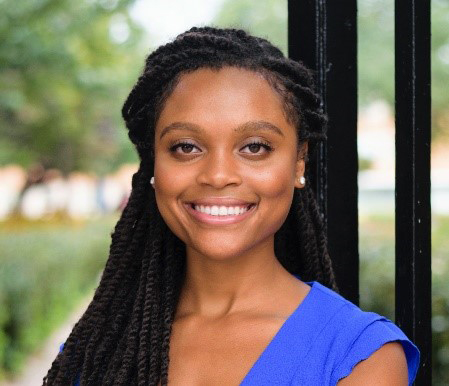 In recognition of her outstanding leadership in building relationships between the NIH and Historically Black Colleges and Universities to enhance research capacity.

Ms. Rachel Kenlaw Ramirez has made significant contributions towards promoting equity, diversity, and inclusion at the NIH. In 2017, the NIH Small Business Program Office (SBPO) was tasked with implementing Executive Order 13779 The White House Initiative to Promote Excellence and Innovation at Historically Black Colleges and Universities (HBCUs). In response, the Path to Excellence and Innovation (PEI) Pilot Initiative was formed.

The PEI’s mission is to empower HBCUs with the knowledge, resources and skills they need to compete for and win partnership opportunities within NIH. The Initiative consists of 6 HBCUs partnered with a minimum of one business partner. These “teams” are formed to enhance the research capacity of both entities. Since her employment at the NIH, Ms. Ramirez has been instrumental in the PEI’s operations.

Ms. Ramirez is a true advocate for HBCUs involvement in public health and biomedical research. This is best demonstrated by the work she produces. Alongside her standard small business duties, Ms. Ramirez successfully organized and executed 4 HBCU events in 2019. One of which was the NIH’s first HBCU Industry Day, a 2-day event, 300+ person event that featured 44 HBCUs and 33 Federal agencies. The event brought HBCUs and NIH acquisition, grant and program officials together to collaborate on best practices and form partnerships. As a direct result of this event, the White House Initiative on HBCUs awarded the NIH Small Business Program Office with the Chairman’s Award. The award recognizes NIH’s efforts to strengthen HBCUs’ ability to participate equitably in federal programs, explore new ways to improve the relationship between the federal government and HBCUs and establish how each agency intends to increase the capacity of HBCUs to compete effectively for grants, contracts and cooperative agreements.

It is for these reasons that Ms. Rachel Kenlaw Ramirez is the award recipient for the 2020 Harvey J. Bullock Jr. Award for Equity, Diversity, and Inclusion. 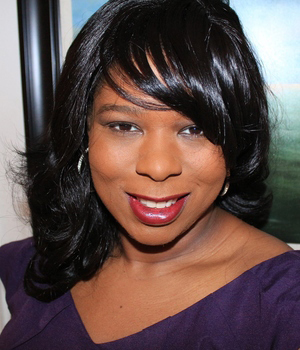 In recognition of her outstanding leadership in fostering equity, diversity, and inclusion at the NIH and in the external scientific enterprise.

Ms. Rosalina Bray, MSc, CEP., is a microbiologist with a background in health service administration and public health. Currently, Ms. Bray serves as the Office of Extramural Research (OER) Extramural Staff Training Officer. Ms. Bray’s commitment to supporting the career development of NIH staff and the future scientific workforce has greatly impacted equity, diversity, and inclusion efforts at NIH and across the nation.

Ms. Bray has worked internally and externally to foster equity, diversity, and inclusion in the science enterprise and government. While at the NIH, she has promoted the developed of extramural staff by advising on training activities related to diversity and inclusion and supporting the career development of staff. In addition, Ms. Bray provided recommendations on outreach and engagement to minority-owned and women-own businesses on NIH SBIR/STTR grant funding opportunities. For several years, she has joined NIH program officials on outreach activities to Historically Black Colleges and Universities (HBCUs) to assist students and faculty with building impactful research careers. She has also become a mentor to several American Association for the Advancement of Science (AAAS) fellows seeking to develop their government careers in support of public service.

Through her leadership as the Director of the NIH CELI program, she has guided partner groups on initiatives related to outreach and research capacity building for HBCUs and Minority Serving Institutions (MSIs). In 2018, she formed a service-learning partnership with Howard University and the NIH to develop models for federal award success and engagement between federal agencies and HBCUs/MSIs. In subsequent years, this project has led to the development of technical workshops, round table discussions, and program official training for outreach. In addition, she advised the NIH Acquisitions Offices on improved training for HBCUs/MSIs on the grants process.

Ms. Bray currently leads the NIH Special Populations Research Forum’s (SPRF) Speakers Committee and Mentorship program. The SPRF Speakers Committee seeks to promote the diversity of speakers for NIH-wide distinguished lectures and talks. Ms. Bray guided SPRF members though the development and 2019 launch of the SPRF Mentorship program which supports mentoring relationships for SPRF members, promoting success in personal and career development for those who serve the NIH mission. As a member of NIH Women of Color Network (WOC), SPRF and the NIH Diversity Committee, she has been a champion for broader participation in science, diverse scientific training environments, support for health disparities researchers, and improved cultural competency for NIH extramural staff. Moreover, she has advocated that diversity of ideas and experiences are essential for building and expanding the scientific enterprise.

Through her involvement with the public/private and government sectors, Ms. Bray has improved training programs, influenced decision making on diversity, and provided significant guidance on policies related to diversity and inclusion. Her dedication and commitment to supporting the biomedical scientific workforce helps to ensure its vitality for the future.

It is for these reasons that Ms. Rosalina Bray is the award recipient for the 2020 Yvonne Maddox Equity, Diversity, and Inclusion Award. 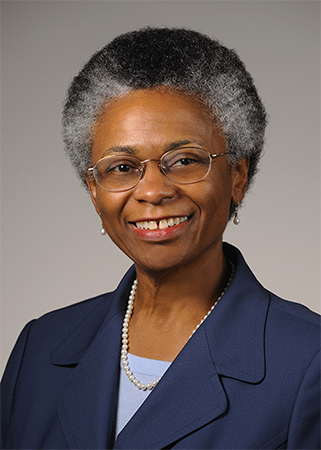 In recognition of her outstanding leadership of the Women of Color Committee of the trans-NIH Working Group on Women in Biomedical Careers.

The Women of Color Committee aims to elevate the visibility of women of color scientists and their collaborators and mentors. Early in her leadership of the committee, Dr. Bernard made outreach to Dr. Donna Ginther, lead author of the Science report demonstrating a disadvantage for underrepresented minority scientists in NIH R01 grant success. This afforded the opportunity for feedback on her findings that minority women experienced potential double jeopardy – disadvantages based on sex and minority status.

In order to enhance the visibility of intramural NIH women of color scientists, Dr. Bernard led a two-pronged approach. First, to improve the visibility of early-career scientists, the Women of Color Committee has systematically invited new Stadtman and Lasker investigators to present their science and their scientific journey to the WOC Committee. Second, to help the NIH community appreciate the contributions of intramural women of color scientists, the Women of Color Committee has twice participated in the NIH Research Festival.

It is for these reasons that Dr. Marie A. Bernard is the award recipient for the 2020 Equity, Diversity, and Inclusion award.