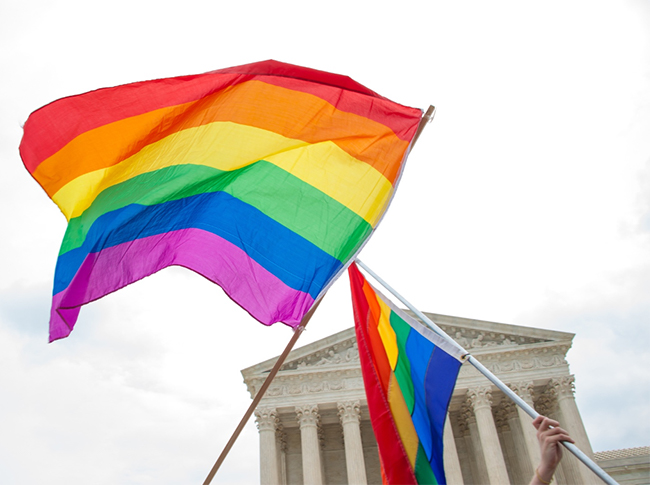 On Monday, June 15, 2020, the United States Supreme Court passed a landmark 6-3 vote in favor of a critical provision of the Civil Rights Act of 1964, known as Title VII, which bars employment discrimination based on race, religion, national origin, and sex. The Supreme Court ruled that it is illegal for an employer to fire someone because of their sexual orientation or gender identity. The ruling delivers a significant victory in the fight for civil rights for Sexual and Gender Minority (SGM) community.

Bostock v. Clayton County was a case about the firing of Gerald Bostock after his employer (an organization in Clayton County, Georgia) found out he played in a gay softball league. The case was initially argued in October of 2019 and focused on two additional, separate cases around employment terminations based on sexual orientation or gender identity: Altitude Express v. Zarda, where Donald Zarda was fired from his job as a skydiving instructor when his employer learned he was gay, and R.G. & G.R. Harris Funeral Homes v. EEOC, where Aimee Stephens, who had been living as a man, was fired after she told her employer she had been diagnosed with gender dysphoria and would henceforth be living as a woman. The opinion on Bostock vs. Clayton County, Georgia is significant as it prevents job discrimination because of sex or bias against SGM workers.

"An employer who fires an individual merely for being gay or transgender defies the law," Justice Neil M. Gorsuch wrote for the majority in the ruling. Until Monday’s decision, it was legal in more than half of the states to fire workers for being gay, bisexual, or transgender.

The Civil Rights Movement has evolved into even more than what many may have anticipated. With this stunning victory, Title VII coronates a new era of equality in America, protections to millions of people across the nation, continuing a series of Supreme Court victories for gay rights.

This decision reinforces the spirit of activism and courage that birthed the Civil Rights Movement. We all deserve equal treatment in the workplace, and throughout society, this momentous decision strengthens the federal anti-discrimination laws to advocate across all sexual orientations and gender identities.

We should all be judged by our job performance, not our gender identity or sexual orientation. The American people stood up for themselves, and the American justice system supported them after a long hard fight.