Lupita Nyong'o is Writing a Children's Book About Self Love

Lupita Nyong'o is Writing a Children's Book About Self Love 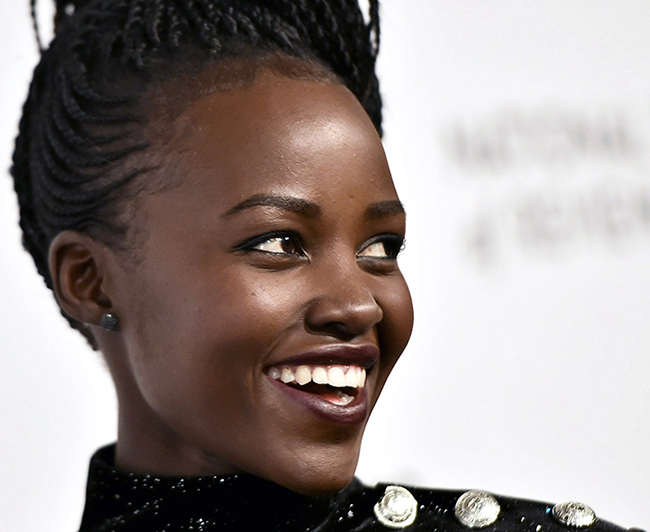 Lupita Nyong'o, an international filmmaker and actress known for her Academy Award-winning role as Patsey in Steve McQueen's "12 Years a Slave," has announced she's writing a children's book about being comfortable in your own skin. "This is a story for little ones, but no matter the age I hope it serves as an inspiration for everyone to walk with joy in their own skin."

Lupita Nyong'o was born in 1983 in Mexico City, Mexico to Dorothy and Peter Anyang' Nyong'o. At the time of her birth, they were in political exile but were able to return to their homeland of Kenya during Lupita's childhood. Her father later became part of the country's senate while her mother, who worked in family planning, took a leadership position with the Africa Cancer Foundation. Nyong'o began her career in Hollywood as a production assistant. In 2008, she made her acting debut in "East River," a short film without dialogue that follows a traveler who arrives in New York City, eventually meeting a photographer (played by Lupita) in Red Hook, Brooklyn.

Lupita's book, titled "Sulwe", which means "star" in her native language of Luo, tells the story of a 5-year-old Kenyan girl desperate to change her dark complexion. Eventually, with the help and guidance of her mother, she finds self-acceptance. Closely resembling Lupita's own struggles as a child with self-acceptance, she hopes that her book will have a positive impact on others just as reading helped her. Lupita's book will be coming in January 2019.

For far too long, black and brown children have been told that they are plain, unattractive, not pretty or beautiful. It is imperative that today more than ever we need to teach our children to embrace their various shades of color.

"I want to give to young children the gift that was recently given to me: The
color of your skin is not a cross you bear. It is beautiful. Our varied shades are expressions of our creator including and
inviting us all to be his children."
--Lydia Durairaj

Learn more about Lupita and her children's book.