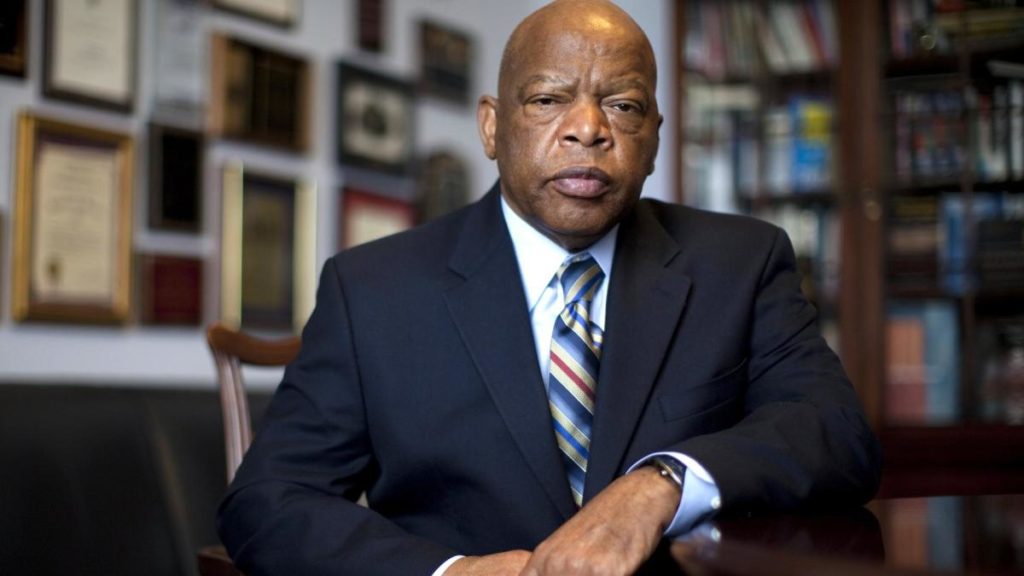 On July 17, 2020, we lost a great American. Congressman John Robert Lewis championed the principles of equity, diversity, and inclusion. As our country reckons with the abiding legacy of slavery, which manifests as structural racism and social injustices, we pause to remember a great American who fought the good fight.

John Lewis was the proverbial drum major for justice. In his quest for equity, he challenged the status quo by participating in sit-in demonstrations at segregated lunch counters in Nashville, TN; served as a Freedom Rider to challenge segregation in interstate bus travel across the South; and led peaceful protestors in a march across the Edmund Pettus Bridge in Selma, AL to demonstrate the need for voting rights.

While Mr. Lewis’ methods were non-violent, he was often met with violence as he was beaten and arrested on numerous occasions as he fought for civil rights. The most notable example of this violence was Bloody Sunday, March 7, 1965, when Alabama State Troopers attacked Mr. Lewis and other peaceful protestors on the Edmund Pettus Bridge. Congressman Lewis walked humbly, showed mercy, and sought justice for all.

We can honor this civil rights champion’s memory by calling out injustice anywhere we see it. We must actively look at the impact of policies and procedures in our organizations and ask what is the effect? Policies may appear neutral on the surface, yet have a disparate impact. Just as Congressman Lewis was described as the conscious of the House of Representatives, we can be the conscience in our organizations and any room we enter. If you see something, say something. To be silent in the face of injustice is to be complicit.