The NIH Director’s Award Recipients for Equity, Diversity, and Inclusion 2017

The NIH Director’s Award Recipients for Equity, Diversity, and Inclusion 2017

Congratulations to the recipients! 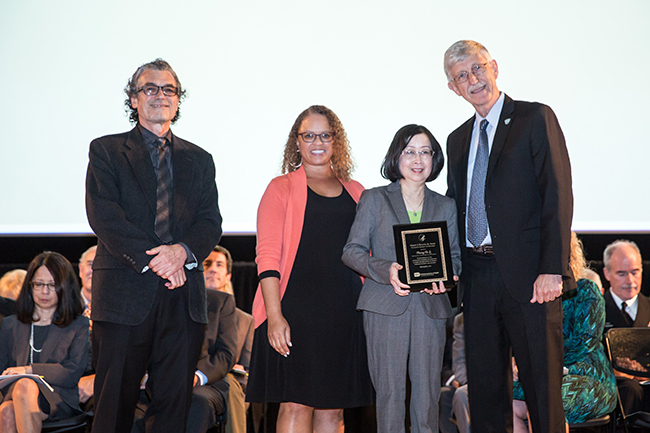 Award Citation: In recognition of your outstanding leadership and dedication to NIMHD and NIH’s efforts to enhance workplace diversity and inclusion.

Ms. Phuong-Tu Le has made outstanding contributions to a wide array of NIMHD and trans-NIH activities to promote inclusion, diversity and work-life balance. Ms. Le helped the NIMHD, Division of Scientific Programs develop two new initiatives addressing health disparities among immigrant populations. Her work was instrumental in the publication of four new NIMHD funding opportunity announcements: Addressing the Etiology of Health Disparities and Health Advantages among Immigrant Populations (R01, R02), and Addressing Health Disparities through Effective Interventions among Immigrant Populations (R01, R21). She is also a member of NIMHD’s Language Access Plan Implementation Committee where she helped launch a web portal as a resource for people who work with health disparity populations with limited English proficiency. This helped to improve language access to health information produced by NIH and other federal agencies.

Outside of her official scope of duties, Ms. Lee is an elected officer of the NIH Asian & Pacific Islander American Organization (APAO), where she helped organize the “Health Disparity Research in Diverse Asian American Populations: Present and Future” seminar, as well as the May Heritage Month activities, and the Annual APAO Awards Ceremony. She is a long-standing member of the trans-NIH Take Your Child to Work Day planning committee as well as the NIMHD Worklife Committee. She tirelessly works to integrate the foundational principles of the NIMHD Equity, Diversity, Inclusion and Respect (EDIR) Initiative. It is for these reasons that Ms. Le was awarded the 2017 Harvey J. Bullock Jr. Award for EDI. 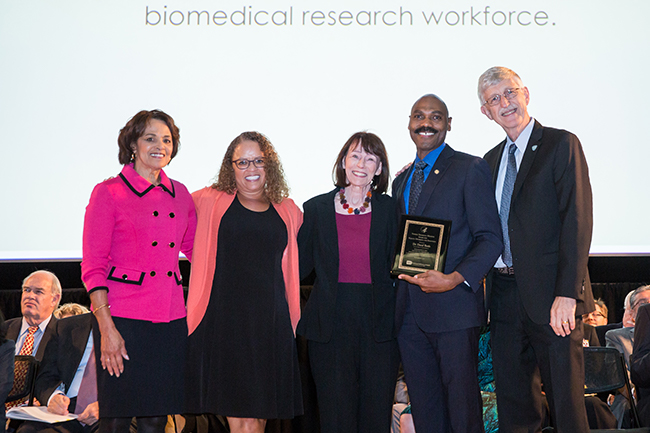 Award Citation: In recognition of your dedication and commitment to enhancing equity, diversity, and inclusion in the nursing and biomedical research workforce.

Dr. Banks has demonstrated leadership and a strong commitment towards promoting equity, diversity, and inclusion both internal and external to the NIH. For several years he has presented at the American Nursing Association’s Minority Fellows Program Summer Training Institute on career opportunities in nursing research. Dr. Banks meets with each fellow individually (as many as 20 per year) to discuss their specific career trajectories in the field of nursing research. As a result, a significant proportion of NINR grantees from minority groups are former MFP participants. He also provides outreach services at the National Student Nursing Association’s National Conference where he has recruited diverse nursing students into research careers as well as providing conference sessions on understanding how to convert clinical roles into the research world. He goes above and beyond with his commitment and involvement even as far as performing in a play developed by one of the MFP fellows about the role of African American churches in the HIV epidemic.

Dr. Banks was influential in the development of the Funding Opportunity Announcement for the NIH Diversity Program Consortium. He has worked in the Program from its inception and serves as a project scientist to the Consortium where he works with the University of Texas at El Paso and the University of Detroit Mercy site. It is for these reasons that Dr. Banks was awarded the 2017 Yvonne Thompson Maddox Award for EDI. 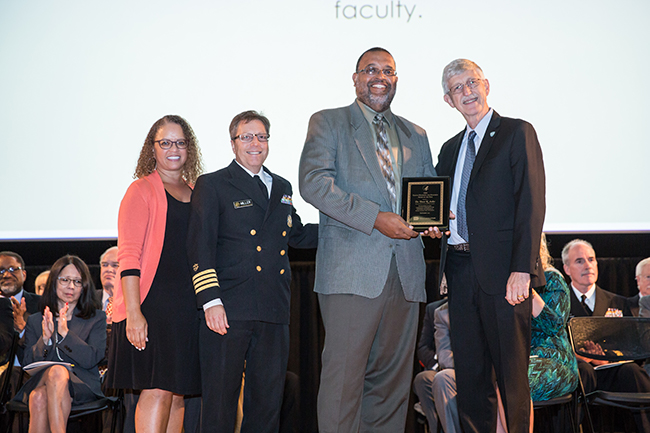 Award Citation: In recognition of your longstanding commitment to the recruitment and retention of diverse trainees, staff, and faculty.

Dr. Trevor K. Archer has pioneered efforts to promote equity, diversity, and inclusion at NIEHS and in the greater scientific community. He was instrumental in the initial NIEHS’ program funding to support Intramural Research Fellowships for under-represented minority trainees. He has provided continuous oversight which has led to financial support for approximately 20 postdoctoral and pre-doctoral trainees over the past ten years.

Dr. Archer has a longstanding history of scientific community service promoting diversity including serving on several scientific review and advisory committees focused on diversity in science. He also serves on the NIH Diversity Advisory Group and NIH Diversity Catalyst Group. Dr. Archer has led by example in recruitment, and has catalyzed acquisitions of new outreach resources to promote equity, diversity, and inclusion. He has devoted substantial effort to the broader scientific community towards a more diverse and inclusive environment. It is for these reasons that Dr. Archer was awarded 2017 NIH EDI Award of the Year.