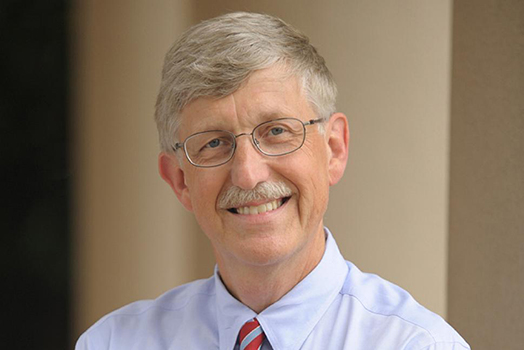 Each November, I have the distinguished honor of leading the National Institutes of Health in its celebration of National Native American Heritage Month. This month recognizes the intertribal cultures of Native Americans and reminds us that the diverse histories and traditions of American Indian and Alaska Native people play a vital role in strengthening families and communities.

This year’s theme, "Guiding Our Destiny with Traditions and Heritage: Leading the Way to Healthier Nations," is a forward-looking reflection on these important cultures. Native Americans encompass people who identify as the indigenous people of this nation—American Indians, Alaska Natives, and hundreds of tribal nations and ethnic groups found within the United States. Currently, there are 567 federally recognized tribes, with over 6.6 million people who identified as partly or completely American Indian or Alaska Native, according to the U.S. Census Bureau. But “Native American” goes beyond how people identify as the nation’s earliest occupants; it describes a rich heritage, a respect for and coexistence with the environment, and centuries-old traditions that are passed down through the generations by storytelling.

I have been deeply touched by my interactions with NIH’s tribal partners. I would like to express my sincere gratitude to them for sharing their stories and testimony on health disparities and for their insights on the research supported by the NIH. The mission of the NIH, to gather knowledge that helps people get healthy and stay well, is particularly critical to reducing health disparities in Native Americans. These populations have long experienced higher rates of diabetes, chronic liver disease, certain cancers, substance abuse, suicide, and other conditions when compared to the nation as a whole. Leading the way to a healthier nation will mean continuing our thriving partnership with tribal communities and moving a research agenda forward together.

This month, the NIH will release an opportunity for tradition and heritage to guide the agency’s important work. We are asking individuals and communities to create digital stories about health and wellness research in American Indian and Alaska Native communities. The goal is to develop a series of brief videos that communicate—through storytelling—how NIH-supported research improves the health of tribal populations. The videos will augment the NIH’s ongoing efforts to inform a strengthened research portfolio that advances the research needs of American Indians and Alaska Natives. And, beginning yesterday, we launched a month-long Twitter effort (https://twitter.com/NIH_EDI).

I invite the entire NIH community to join with me in Leading the Way to Healthier Nations. Together, we can guide a healthier destiny by celebrating the traditions, heritage, and achievements made by Native Americans. For more information, you may contact Ashley Wells, Strategist for the Native American Portfolio, at Ashley.Wells@nih.gov or 301-827-9359.