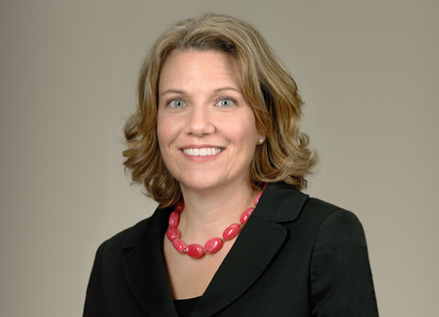 Dr. Karen Parker, Director of the Sexual & Gender Minority Research Office (SGMRO) at the National Institutes of Health (NIH) is a change agent for the Sexual and Gender Minority (SGM) community due to her vast contributions and support.

Dr. Parker started the SGMRO at NIH in September of 2015. Prior to this, Dr. Parker had been involved with the SGM Research Coordinating Committee (RCC) in its prior iterations, and since the charter group which dates to 2008.

Her accomplishments were achieved in furtherance of the mission of the SGMRO, which is to expand the knowledge base of SGM health, remove barriers to their progress, support the community of SGM scholars, and to evaluate the progress of the SGMRO toward these goals.

Dr. Parker is strengthening the community of researchers and scholars who conduct research relevant to SGM health and well-being and provide professional training opportunities and tools by hosting regional workshops across the country. Since 2018, three have been held in Los Angeles, CA, Boston, MA, and Atlanta, GA. Some goals of the workshop are to help develop mentoring relationships between senior and junior researchers as well as to enhance the capacity to design, conduct, and report SGM research and provide researchers an opportunity to interact with NIH staff at their institutions.

Her involvement in the community also includes:

Dr. Parker was instrumental in the formation of SGMRO before becoming the director. She is very passionate about the mission of this office and has been instrumental in the office’s success since becoming the director. Among many of her roles and responsibilities as the senior leader of the office, she represents NIH and participates in cross-federal agency committees like the Department of Health and Human Services (HHS) Lesbian, Gay, Bisexual, and Transgender (LGBT) Coordinating Committee, the Federal Interagency Working Group on Measuring Sexual Orientation and Gender Identity, and the HHS Healthy People 2030 LGBT Subcommittee. She also represents NIH at national meetings, like the Building the Next Generation of Academic Physicians, LGBT Health Workforce, Gay and Lesbian Medical Association (GLMA), and institutions, like Kaiser Permanente, Amgen, and universities across the country.

As the Director of SGMRO, Dr. Parker was able to develop SGMRO’s first scientific workshop in 2018, Methods and Measurement in SGM- Related Health Research, and is currently planning the office’s second scientific workshop, Bisexual Health, scheduled for September 2019. These workshops provide an opportunity for NIH to learn from experts across the country on these special topics and the outcomes of the workshop allow SGMRO to strategically think about the topic and develop next steps. Dr. Parker has also developed and launched the NIH SGM Research Investigator Awards in 2018 and oversees the implementation of the SGM Administrative Supplements, which the office contributes significant funds. In the past month, Dr. Parker’s office has expanded with the addition of three staff members, which allow her and the office to have a greater impact on SGM research.