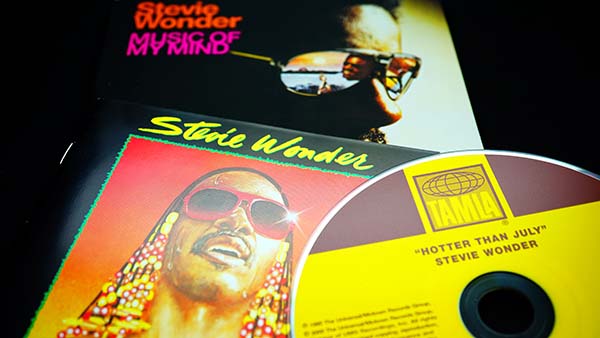 For my 11th birthday in 1981, my Godparents gave me my first album. It was Stevie Wonder’s Hotter Than July.1 I loved every song on that album, but none stood out like Happy Birthday,2> a song Wonder penned in honor of Martin Luther King Jr., celebrating and campaigning to make King's birthday, January 15, a national holiday.

Carefully laying the needle down on the spinning record, I listened as Wonder taught about the opposition to honor King. He sang:

And we all know everything
That he stood for time will bring
For in peace, our hearts will sing
Thanks to Martin Luther King3

It was such a simple song delivered in a way that only Stevie Wonder could. I read each word on the album jacket and began singing along with it, becoming more and more excited about all that I knew about Martin Luther King Jr. at that time. I knew that he started his nonviolent end to segregation campaign in my birthplace of Albany, Georgia, leading up to the successful Birmingham Campaign.4 I sang out with pride, “Happy Birthday to ya!” As the music played on, I listened intently as Wonder preached:

“Yes,” I thought, “he is worthy to be celebrated,” as I sat comfortably in my middle-class home, safe and secure knowing my worth and value to the society and culture my people built, despite all they endured. With gratitude, I celebrated MLK’s birth, jumping, dancing, and singing in my bedroom on that hot day in June.

Recently, I was out with close friends celebrating a birthday at a restaurant. When they brought out the customary dessert, the waiter began to sing the traditional birthday song. One of my friends shouted, “Wait! We are going to sing OUR song!” She began to belt out the chorus line of Stevie Wonder’s song, “HAPPY BIRTHDAY TO YA! HAPPY BIRTHDAY TO YA! HAPPY BIRTHDAY!!!” We all joined in clapping, rocking, and rejoicing in celebration of our friend as others looked on. The moment was not lost on me that we have a song to sing in a restaurant full of all types of people because of King’s sacrifices. My friends and I are the first generation of African Americans to never have known legal segregation in America. We must never forget, without him and his conviction, his dream, his tireless work, where would we be?

Although Martin Luther King Jr. Day was declared a federal holiday in 1983, it was first celebrated in 1986.6