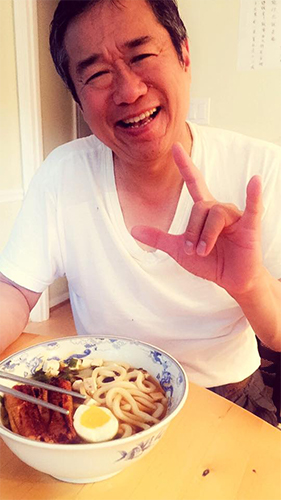 One of my good friends, Judie, is a Child of Deaf Adults (CODA). She grew up in the Asian American and deaf community, which allowed her to witness the cultural differences in both communities. It felt isolating at times, as not many understood what it was like to grow up as an Asian American CODA, and not many understood how her parents felt. Since both of Judie’s parents are deaf and hard-of-hearing, they often felt left out of conversations and did not feel included in various situations.

I felt saddened to hear that her family experienced this. Judie reflected, "Our Asian-American community did not seem to know how to talk about disabilities. They did not know how to interact with us, communicate with us, learn about us, or make us feel like an integrated part of the community. It was not because they were intentionally excluding us but seemed, they were not sure how to get close or even ask questions. Fortunately, we were able to find and meet other deaf families, along with a church community, who have become dear friends to us all these years." Through this tight-knit network, Judie’s family found a family.

Removing hurdles thanks to the American with Disabilities Act (ADA).

Before the ADA was passed in 1990, there were only a few laws in place to benefit the Deaf community, and even those were limited in scope. Imagine logging onto a Zoom meeting and trying to communicate your research findings with colleagues when you do not speak the language! Judie shared some healthcare challenges her family faced due to a lack of accommodations. "There were quite a few primary care physicians that would not take our family as patients because of the language barriers and disability. As a result, we struggled to find a doctor that was willing to work with us in overcoming the communication barrier and take us on as patients."

Challenges extended into the education sector as well. Judie’s parents wanted to be involved in her elementary school and attempted to sign up to be a part of the volunteer-based Parent Teacher Association (PTA) but were told they were not qualified. However, thanks to the passage of the ADA, deaf people now have the right to be served regardless of their communication needs just about everywhere.

As Judie and I have gotten closer, I have learned more about her family’s history. Her father was born and raised in Taiwan, and when his parents found out their son was deaf, they were disappointed and had trouble accepting him. When Judie was born, her grandparents suggested that she be sent away to her uncle (who was not deaf) because they had doubts that two deaf adults could raise a child. Judie’s parents vehemently rejected the idea, because "Children are a gift to be cherished and deeply loved. We accept them for who they are and meet them where they are at." Judie continued to share with me, "The way my grandparents viewed my dad motivated him to work very hard to get to where he is today. I am so proud to be called his daughter because he is a living example that deafness is not a barrier to living a fulfilled and purpose-driven life. While he was unemployed for some time due to his disability, he never gave up and studied hard to earn more professional certificates and credentials. Throughout this time, he was (and continues to be!) a wonderful father to my brother and me."

Currently, Judie’s father, Frank, works as an IT Specialist for the National Institutes of Health (NIH) and was hired in 2010. He is grateful for all the accommodations that NIH has provided, such as sign language interpreters, Zoom, and Sorenson VRS - all of which have helped him perform his best at work. Frank is also thankful for the opportunity to meet a community of other deaf colleagues at NIH. 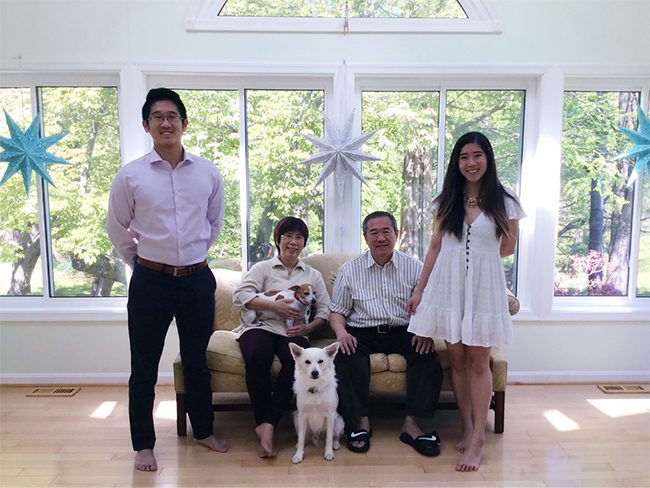 Judie, a newly minted master’s degree recipient from Georgetown University, has started teaching American Sign Language (ASL) on Zoom. She’s a polyglot, meaning she can speak ASL, Mandarin, and English. Judie and her brother, a first-year medical student at the University of Maryland, Baltimore, straddle two worlds but have a great appreciation for their upbringing and pride in their identity.

Judie reflected on her mother’s experience growing up hard-of-hearing, and I could tell that Judie has the utmost respect and love for her mother. Her mother grew up in Taiwan, learning only how to lip read in Mandarin and then had the opportunity to come to Gallaudet University where she learned ASL. It was at Gallaudet that her parents met, fell in love, and raised their children to be strong communicators, display empathy and understanding, and most importantly, to speak up for the underdogs.

For more information on online communities for Deaf Asian and Pacific Islanders: https://www.csd.org/stories/online-communities-for-deaf-api/.

Special thanks and acknowledgment to Judie and Frank for their contributions to this piece.