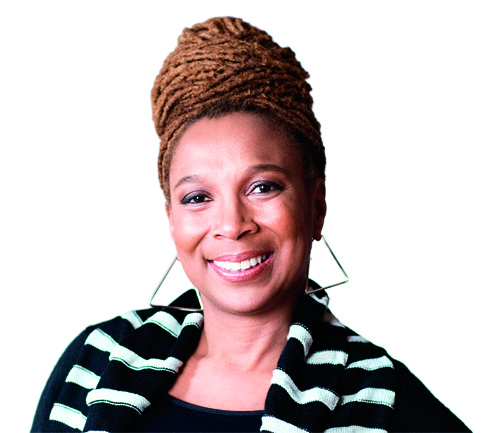 How would you describe the different facets of your identity? Do you identify as Hispanic and/or Latinx? A trans-man? A federal employee? A nurse? These aspects of our lives make up our identities and shape how we perceive the world, and in return, how the world perceives us as individuals.

Kimberlé Crenshaw, a legal scholar, created a term to describe our multiple identities: intersectionality. Crenshaw explains that our identities are like traffic flowing at an intersection – one identity may flow in one direction while another identity is flowing in a different direction (Crenshaw, 1989).

Since then, the study of intersectionality has grown to include all of our intersections and identities. In 2013, The Oxford Dictionary of Social Work and Social Care broadened Crenshaw’s conceptualization of the term, defining it as the combined effects of one's multiple identities, which includes identities such as race, gender, sexual orientation, religion, and employee status.

Our identities are not fixed or static; we are not only our race or our gender identity or our sexual orientation (Harris & White, 2013). Instead, our identities are fluid. For example, at home a person may feel more closely connected to his identity as a father; at work, that same person may feel a closer connection to his position as a biologist. Our environments and social connections cause our identities to ebb and flow, just like the traffic at an intersection.

What does intersectionality mean for us in the NIH community? The framework of intersectionality reminds us that we should bring our whole and authentic selves to work in order to perform our best and foster a collaborative environment with our colleagues (see Part 3). Mike Robbins explains this using the Authenticity Equation: Honesty – Self-Righteousness + Vulnerability = Authenticity (Robbins, 2018).

Intersectionality is a framework to begin the conversation - never underestimate the importance of learning about individuals and their unique stories. Get to know your colleagues and compare your similarities and differences. If you feel comfortable, share your stories with others as well. You never know what you will learn!

Cooper, B. (2016). Intersectionality. The Oxford Handbook of Feminist Theory.