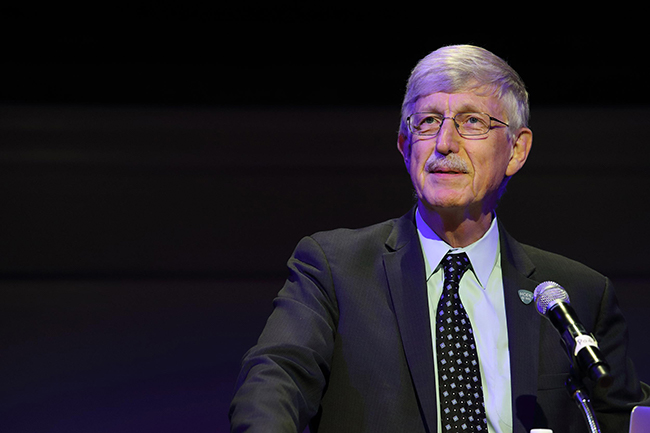 In recognition of Women’s History Month, the Office of Equity, Diversity, and Inclusion (EDI) has selected the National Institutes of Health (NIH) Director, Dr. Francis Collins for being a catalyst for change by challenging platforms that disadvantage women, while continuing his commitment to the success of the NIH. Dr. Collins is an example of how men can advocate for women’s rights, contribute to changing the culture, and help prevent gender discrimination. By recognizing that men have a place of privilege, they can use their power to shift cultures that negatively affect women.

In February of 2019, Dr. Collins directed the Advisory Committee to the Director (ACD) Working Group to develop strategies and system-wide changes to culture and climate, for the prevention of harassment and gender discrimination. Dr. Collins created the working group to report to ACD after several high-profile sexual harassment cases involving federally funded investigators. Those directives included:

Another active approach of the inclusion of women is when Dr. Collins spoke out against all-male panels. For many decades, the majority of prominent scientific speakers and panelists have been men. In his NIH message titled "Time to End the Manel Tradition," he states that he will decline invitations to speak at panels and conferences that do not include enough women in prominent speaking roles. "Starting now," he said, "when I consider speaking invitations, I will expect a level playing field, where scientists of all backgrounds are evaluated fairly for speaking opportunities. If that attention to inclusiveness is not evident in the agenda, I will decline to take part. I challenge other scientific leaders across the biomedical enterprise to do the same."

EDI commends Dr. Collins for his stance on gender equality. "It is not enough to give lip service to equality; leaders must demonstrate their commitment through their actions," Dr. Collins says. Leaders like Dr. Collins are the reason NIH is a great place to work. Valuing differences and seeking fairness is what makes Dr. Collins an invaluable advocate for diversity and inclusion.