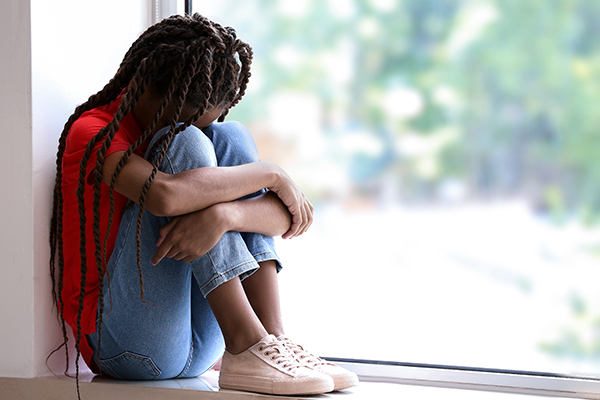 I was ten years old when I first experienced racism directed at me.

Born in Georgia in 1969, I was a child post-Dr. Martin Luther King Jr.’s Civil Rights Movement. I sang “Free to Be You and Me” and I learned that sharing a Coke and a smile could create harmony across the world. Sesame Street, The Electric Company, and Zoom were my favorite shows with all different kinds of people and positive messaging throughout my day about how beautiful the world is and all the people in it. I lived in the married housing on the campus of the University of Georgia while my father pursued his Ph.D. with black and white student families. There were plenty of peace signs, bellbottoms, beaded entranceways, and greetings with “Gimme five on the black hand side.” I was insulated in a world where I was loved, safe, and a part of the fabric of my community.

In 1976, my family left Georgia to move to Montgomery County, Maryland so that my father could accept a position at Howard University Medical School as a microbiology professor. No one told me, nor did it occur to me to ask, that I was the first in my family to attend integrated primary and secondary schools. I think about what I was taught to value in school, like the flag, state pride, “our” forefathers, and the explorers. My father would ask with frustration, “Why don’t you have any black friends?” What difference does it make? I thought, in addition to the fact that there were very few black children or any other children of color in my school or neighborhood.

One day, lining up for lunch in our unairconditioned classroom, two of my white male classmates sweaty and red-faced cornered me. One of them hissed through missing front teeth, “We are digging your grave on the soccer field. We work on it every day at recess.” Startled I asked, “Why?” “Because you are a nigger,” he whispered licking his lips. The shallow grave they worked on in the backfield of the playground was hardly big enough for my ten-year-old body, but with the sticks, they found nearby, they worked on creating a grave for me to bury my tan body. I could see them daily working arduously until I finally found the courage to tell my dad what was happening.

He spoke to the principal who told the boys to simply, stop. That was the end of it…for them. But I can still recall the shock and horror I lived with, some 40 years later.

While it was one of my first encounters with racism, it was far from the last. In just a few short years of life, I was taught the same lessons as my white classmates. I sat alongside them and shared the same books.

But I also learned what they were being taught at home about who I was, and who they were. For example, while playing in a white friend’s hair during a rainy day of indoor recess, she positioned her chin just over her shoulder, turned to me, and said, “You know you are a nigger right?” Other well-meaning classmates would excitedly tell me that, “You aren’t black, black. We don’t consider you black.” “You are different than them, you know what I mean?” I didn’t... I even endured the humiliation of being turned away at the door of a much-anticipated birthday sleepover because the host of the party didn’t know that I was a black girl.

My childhood experiences of exclusion, aggression, and prejudice were left largely unexpressed. I think because I knew that my family had endured far worse and I lived in reverence to them. Who was I to complain surrounded by exceptional role models and influencers? While black and brown kids like me largely ignored microaggressions as a part of our daily lives, we allowed each incident to seep into our psyche, shaping our experiences and our worldview on who we were as individuals and who were collective. Then soon, this music out of New York City called hip-hop began to spread with a message. Later, Spike Lee “woke us up” with a movie called “Do the Right Thing” and I enrolled in a Historically Black University where my young adult self was born with an understanding that we could all do better.

Biases, prejudices, and stereotypes live. They are the germs of our society that cannot be treated without examining the molecular structure of societal injustice and our response to it.

Now is the time, to collect, reflect and take action to treat, if not cure these ills, which include talking to our children about social issues, in a productive and healing way.

So, what can we do to help our children who still, even after the year 2020, the one we predicted to be the illuminator of clear vision, (which in some ways it has become), teach our children about race and racism? My twelve-year-old recently shared that she was taught in kindergarten that the peach-colored crayon is for skin color and the brown crayon, is for dirt. I asked her to repeat that back to me in disbelief. She is the reason I write this.

Let’s all teach our children what is expected of them as fellow humans and how to respond appropriately to shut down what some might consider an innocent comment or a backhanded compliment whether directed at them or others. Will talking about race make our children hypersensitive or hyperaware of the world we live in? There are several resources on talking about race, but I found that The Center for Racial Justice has a healthy resource and reference list on how to talk to children about race, racism, and racialized violence.

So, I challenge you to take part in a social experiment. What if you were able to dismantle systematic racism by making an impact on a child?

Let’s all be the change. We are worth it.