Dr. Martin Luther King’s Impact on the Field of Science

Dr. Martin Luther King’s Impact on the Field of Science 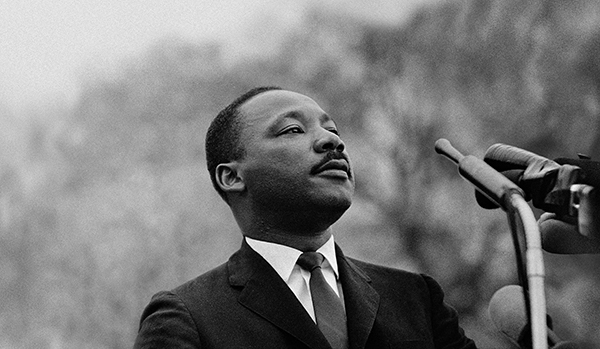 When we think about Dr. Martin Luther King Jr., the first thing that probably comes to mind for most of us is his "I Have a Dream" speech or the thought of giving and service. We all know that Dr. King was an instrumental leader in the Civil Rights movement, but what isn't commonly known is that he also affected change in the scientific field.

In his series of sermons titled Strength to Love, Dr. King stated that "science investigates; religion interprets. Science gives man knowledge, which is power; religion gives man wisdom, which is control. Science deals mainly with facts; religion deals mainly with values. The two are not rivals. They are complementary." Dr. King's thoughts about the balance between science and morality are the foundation of the ethical practices we invoke in the science fields today. Ethical principles in the science field, primarily in research, stresses the need to do good (known as beneficence) and do no harm (known as non-malfeasance).

More specifically, Dr. King was a strong advocate of the interconnectedness of life[1]. He said in his Christmas Sermon on Peace that "All life is interrelated. We are all caught in an inescapable network of mutuality. Whatever affects one directly affects all indirectly. We are made to live together because of the interrelated structure of reality." Dr. King used the ideology of interconnectedness as the foundation for his activism. He highlighted how pollution and climate change are linked to racial injustices and poverty. Some describe Dr. King as an environmental justice activist and a socialist. Dr. King protested against poor housing conditions for Black people in Chicago and Black sanitation workers in Memphis, against hazardous and unsanitary work conditions[2]. Dr. King's actions influenced not only the Civil Rights Act and the Voting Rights Act, but the Clean Air Act in 1963, the Clean Water Act of 1972, and the Endangered Species Act of 1973. His actions also line up with how several organizations, like the National Center for Environmental Health/Agency for Toxic Substances and Disease Registry (NCEH/ATSDR), work to make environmental health more equitable and decrease health disparities3.

As we remember Dr. King, we should understand that morality and science must coexist to create an inclusive environment for everyone. As public servants, we can find that balance of morality and science by recognizing that we are more than our occupation when we show up to work. We should acknowledge how our experiences in our personal lives outside of work, especially given the year that we have experienced as a country, affects the way we all show up to work. It requires that we're open-minded and empathetic.