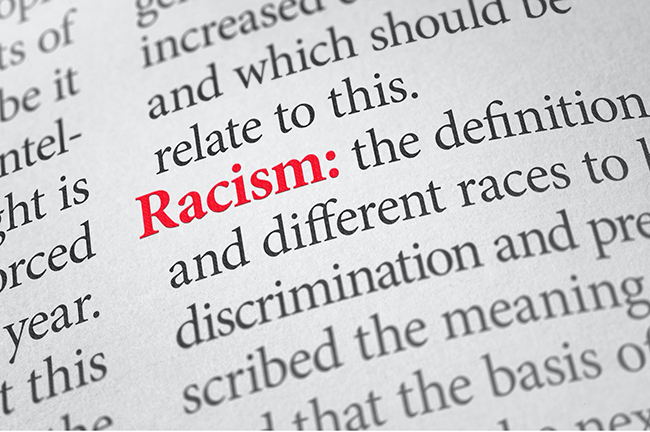 Often, words commonly used in a discussion of race can be easily confused or misconstrued. A shared understanding is necessary to achieve some quality of conversation to reach mutual understanding. This list of terms has been compiled to focus on the concepts and terminology used in minority, ethnic and racial groups studies. The composed list provides some widely accepted definitions derived from multiple sources. We encourage the exploration of differing viewpoints of the terms defined and we hope this compilation of terms will spur healthy conversations to help us better navigate discussions of race.

1. Someone who makes the commitment and effort to recognize their privilege (based on gender, class, race, sexual identity, etc.) and work in solidarity with marginalized groups in the struggle for justice. Allies understand that it is in their interest to end all forms of oppression, even those from which they may benefit in concrete ways.

2. Allies commit to reducing their complicity or collusion in oppression of those groups and invest in strengthening their knowledge and awareness of oppression.i

Resistant or antagonistic to black people or their values or objectives.ii

Someone who supports policies and actions that express the idea that racial groups are equals and eliminate racial inequity.iii

The process whereby individuals or groups of differing ethnic heritage are absorbed into the dominant culture of a society. Assimilation does not denote "racial" or biological fusion, though such fusion may occur.iv

A person who is utterly intolerant of any differing creed, belief, or opinion.v

Stubborn and complete intolerance of any creed, belief, or opinion that differs from one's own.vi

A movement addressing the systemic violence against black people serving as an affirmation of Black peoples' humanity, their contributions to society, and their resilience in the face of oppression.vii

When one nation subjugates another, conquering its population and exploiting it, often while forcing its language and cultural values upon its people.viii

Critical race theory refers to a broad social scientific approach to the study of race, racism, and society. Popularized by Kimberlé Crenshaw and Derrick Bell with the notion of critical race theory within the subfield of critical legal studies in the 1980s. Unlike traditional civil rights, which embraces incrementalism and step by step progress, critical race theory questions the very foundations of the liberal order, including equality theory, legal reasoning, Enlightenment rationalism and principles of constitutional law.ix

Theft of cultural elements for one's use, commodification, or profit — including symbols, art, language, customs, etc. — often without understanding, acknowledgment, or respect for its value in the original culture. Results from the assumption of a dominant (i.e. white) culture's right to take other cultural elements.x

A social system of meaning and custom that is developed by a group of people to assure its adaptation and survival. These groups are distinguished by a set of unspoken rules that shape values, beliefs, habits, patterns of thinking, behaviors and styles of communication, encompassing religion, food, clothing, language, marriage, music, and behavior.xi

The definition of a diaspora is the dispersion of people from their homeland or a community formed by people who have exited or been removed from their ancestral homeland.xii

The unequal treatment of members of various groups based on race, gender, social class, sexual orientation, physical ability, religion and other categories.

Diversity includes all the ways in which people differ, and it encompasses all the different characteristics that make one individual or group different from another.xiv

Also known as unconscious or hidden bias, implicit biases are negative associations that people unknowingly hold. They are expressed automatically, without conscious awareness.xvi

Involvement and empowerment, where the inherent worth and dignity of all people are recognized. An inclusive university promotes and sustains a sense of belonging; it values and practices respect for the talents, beliefs, backgrounds, and ways of living of its members.xvii

A framework for conceptualizing a person, group of people, or social problem as affected by a number of discriminations and disadvantages. It takes into account people's overlapping identities and experiences to understand the complexity of prejudices they face.

The term was first coined by law professor and social theorist, Kimberle Crenshaw in "Demarginalizing The Intersection Of Race And Sex: A Black Feminist Critique Of Antidiscrimination Doctrine, Feminist Theory And Antiracist Politics."xix

everyday verbal, nonverbal, and environmental slights, snubs, or insults, whether intentional or unintentional, which communicate hostile, derogatory, or negative messages to target persons based solely upon their marginalized group membership.xx

the status of belonging to a particular nation by origin, birth, or naturalization; people having common origins or traditions and often constituting a nation; existence as a politically autonomous entity; national independence.xxi

Oppression is the systemic and institutional abuse of power by one group at the expense of others and the use of force to maintain this dynamic. An oppressive system is built around the ideology of superiority of some groups and inferiority of others.xxii

A term primarily used in the United States and Canada to describe any person who is not white. It does not solely refer to African Americans; rather, it encompasses all non-white groups and emphasizes the common experiences of systemic racism.xxiii

Power can be understood as the ability to influence others and impose one's beliefs. All power is relational, and the different relationships either reinforce or disrupt one another. Power is unequally distributed globally, and in U.S. society; some individuals or groups wield greater power than others, thereby allowing them greater access and control over resources. Wealth, whiteness, citizenship, patriarchy, heterosexism, and education are a few key social mechanisms through which power operates.xxiv

A pre-judgment or unjustifiable, and usually negative, attitude of one type of individual or group toward another group and its members. Such negative attitudes are typically based on unsupported generalizations (or stereotypes) that deny the right of individual members of certain groups to be recognized and treated as individuals with individual characteristics.xxv

The term race refers to the concept of dividing people into populations or groups on the based on various sets of physical characteristics (which usually result from genetic ancestry). Races are assumed to be distinguished by skin color, facial type, etc.xxvi

Someone who believes that other races are not as good as their own and therefore treats them unfairly.xxviii

Something that one does or gives to correct a mistake or wrongdoing. Reparations are usually made by governments to make amends for wars, serious crimes, and abuse.xxx

1. Policies and practices entrenched in established institutions, which result in the exclusion or promotion of designated groups. It differs from overt discrimination in that no individual intent is necessary.

2. Inequalities rooted in the system-wide operation of a society that excludes substantial numbers of members of particular groups from significant participation in major social institution.xxxi

Discomfort and defensiveness on the part of a white person when confronted by information about racial inequality and injustice.xxxii

The unquestioned and unearned set of advantages, entitlements, benefits and choices bestowed on people solely because they are white. Generally white people who experience such privilege do so without being conscious of it.xxxiii

Various belief systems central to which are one or more of the following key tenets: 1) whites should have dominance over people of other backgrounds, especially where they may co-exist; 2) whites should live by themselves in a whites-only society; 3) white people have their own "culture" that is superior to other cultures; 4) white people are genetically superior to other people. As a full-fledged ideology, white supremacy is far more encompassing than simple racism or bigotry.xxxiv

White culture, norms, and values in all these areas become normative natural. They become the standard against which all other cultures, groups, and individuals are measured and usually found to be inferior.xxxv