Honoring "The Dream" Through Acts of Service and Allyship

Honoring "The Dream" Through Acts of Service and Allyship 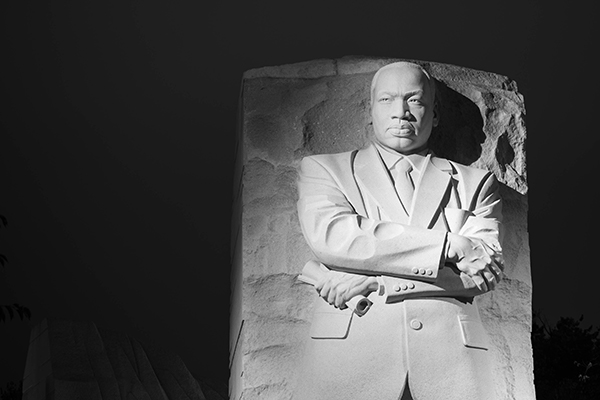 In 1983 Congress passed the bill to declare Martin Luther King Jr. Day a federal holiday, with the holiday officially beginning in 1986. However, it wasn't until 2000 that every state acknowledged and started celebrating the holiday. What some people don't know is that in 1994, Congress passed the King Holiday and Service Act, which declares MLK day as a national day of service[1] . The MLK Day of Service is the President's call of action, encouraging Americans to work together and serve those in need to strengthen communities and create a community with equitable access for all, as Dr. King advocated.

One aspect of Dr. King's activism worth highlighting and relevant to today's climate is allyship. Allyship has become a buzzword over the last few years but has also been instrumental in the activism of today. One of Dr. King's famous "What are you doing for others?" correlates to Marriam-Webster's definition of allyship: "Supportive association with another person or group" or "Such association with the members of a marginalized or mistreated group to which one does not belong."

Allyship requires that we use the advantages, privilege, power, and resources to assist those who don't have the same tools. In other words, an ally seeks out ways to use their resources to be of service to others. It requires a level of awareness of your surroundings, selflessness, consideration, and action.

Dr. King recognized the power of service and allyship and acknowledged that everyone could be an ally by stating, "everyone can be great because everybody can serve." In his I Have a Dream speech, Dr. King also described an equitable community for all. We can honor his Dream through acts of service and allyship. By serving others, people from diverse backgrounds and with different experiences can come together and play a vital role in enhancing our communities.