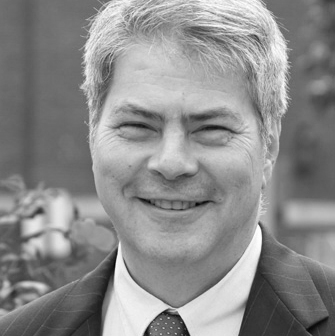 Phil Lenowitz, former Deputy Director of the NIH Office of Human Resources (OHR), is a recipient of the 2013 NIH Office of the Director Merit Award for his remarkable work and noteworthy efforts in pioneering the first-ever NIH Veterans Day Celebration in 2012. The NIH Office of Equity, Diversity, and Inclusion has selected Phil as our (Month Year) Game Changer because of his firm commitment in diversity and inclusion, and his deeply rooted understanding that our veterans are a critical piece of our overall diversity strategy. He has proudly made our veterans a priority for the NIH.

Phil is a strong supporter of veterans, and continues to hold true to President Obama’s initiatives in hiring and retaining veterans. Mr. Lenowitz began his career in human resources with the Veterans Administration in 1971 upon his graduation from Cornell University, where he received a Bachelor of Science in Industrial and Labor Relations. He came to NIH OHR in 1998, working with the National Institute of Environmental Health Sciences (NIEHS) as an HR manager. He later became OHR’s Director of Employee and Labor Relations. In 2004, Phil became OHR’s deputy director overseeing the delivery of a broad range of HR services. Among his proud accomplishments is NIH’s first-place rank in AARP’s Best Employers for Workers over 50. This distinction is especially notable because NIH is the first federal agency to achieve this recognition.

Mr. Lenowitz is credited with a variety of initiatives that benefit minorities, veterans, and workers with disabilities. He has received numerous awards, including the Causey Award, which recognizes human resource professionals who have gone above and beyond in helping the government to operate better. Phil’s dedication to veterans has followed him from the Department of Veterans Affairs, where he was mentored by Colonel Edward Cercone, a retired United States Marine Corps veteran, to the NIH, where he continues to champion veteran efforts. A clear indicator of his deep commitment to this segment of the NIH population is his support for the creation of the agency's Veterans Recruitment/Retention Force (VRF). Through the VRF, NIH ranks among the best in supporting veterans within the Department of Health and Human Services. Mr. Lenowitz is advocate for veterans and passionate about events to support their cause.

The NIH Office of Equity, Diversity, and Inclusion commends Mr. Lenowitz for his continued support and assistance to the brave women and men of the U.S. military. Phil retired from the NIH after 43 years of federal service and while we miss working with him, we are encouraged by the legacy of commitment he is leaving behind.