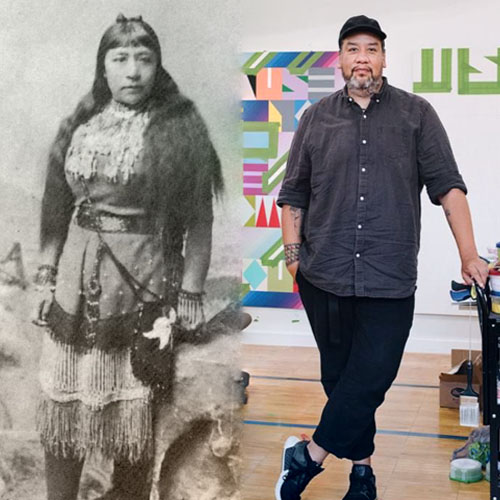 Two heroic Native American individuals were selected to represent the past and present Sarah Winnemucca (past) and Jeffrey Gibson (present). Please consider the following questions when reading the portraits of each individual and examine their stories: What lessons can we incorporate into our own NIH community to make NIH even more inclusive of various identities? Why do you think both individuals were selected as a hero? 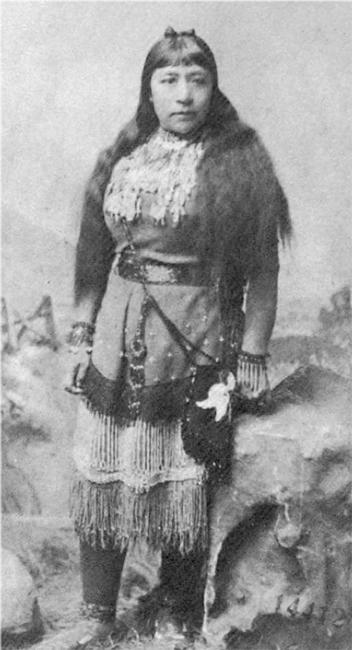 Sarah Winnemucca, also referred to as Sarah Hopkins Winnemucca or Sally Winnemucca was born in 1844, Humboldt Sink, Mexico (now in Nevada, U.S.). Winnemucca was the daughter and granddaughter of Northern Paiute chiefs. She is best known for her book Life Among the Piutes: Their Wrongs and Claims (1883). This was a great accomplishment because she was the first Native American woman to produce a published book. Winnemucca was fluent in English, Spanish and three Indian dialects. Her ability to speak multiple languages led to her serving as an interpreter at Fort McDermitt and then on the Malheur Reservation. In 1879, Winnemucca lectured in San Francisco. The next year she met with President Rutherford B. Hayes in Washington, D.C. From 1883 to 1886 Winnemucca taught at a Paiute school near Lovelock, Nevada. In 1886 ill, Winnemucca moved to a sister’s home in Monida, Montana, where she died in 1891. 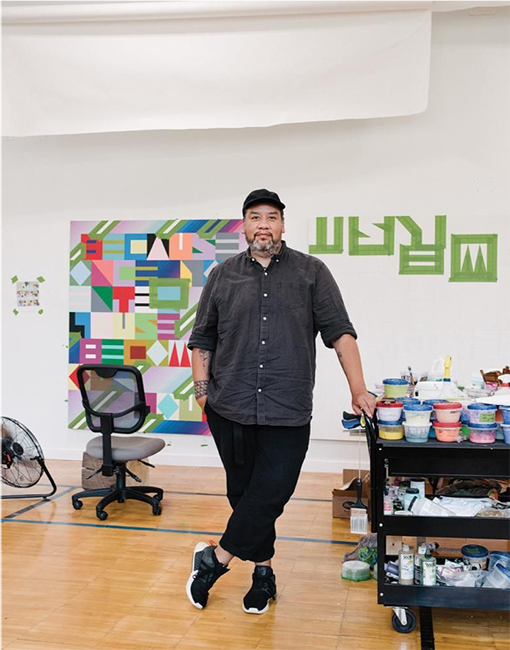 Jeffrey Gibson was born on March 31, 1972 in Colorado. He is a Choctaw-Cherokee painter and sculptor. He earned his Bachelor of Fine Arts at the Art Institute of Chicago in 1995. In 1998 he received a Master of Fine Arts from the Royal College of Art, sponsored by the Mississippi Band of Choctaw Indians. Gibson made the choice to explore the contemporary art world beyond Native communities. His work invites viewers to see the beauty and not so perfect moments of life with loud colors and patterns that tell a vivid story. His work includes colorful graffiti and detailed regalia. Gibson often felt like an outsider, "being gay but not having experienced the generation of AIDS made me feel something like survivor’s guilt," he said. "But survivor’s guilt is not the right term. I was not a survivor. I felt more like an observer. It’s the same with racial identity. Because I didn’t grow up in a Native community, I would ask myself, 'Am I a participant?' 'Am I an observer?’ ‘Where do I stand in there?'" (2017, LA Times) Gibson’s art, which is influenced by a wide range of experiences from pow wows to raves shows he has found his place.