A Conversation on Transgender Visibility

A Conversation on Transgender Visibility 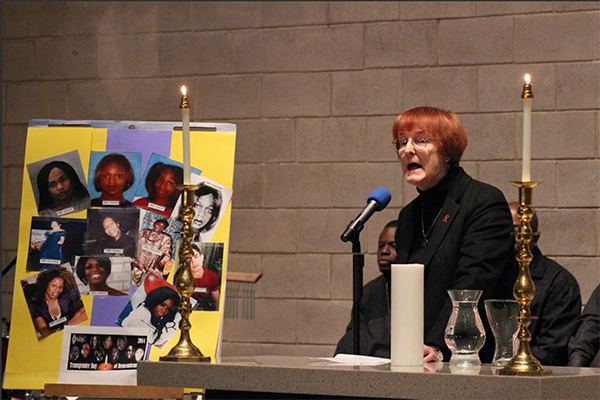 Today, we honor and celebrate the achievements and resiliency of transgender individuals and communities. Transgender Day of Visibility recognizes the generations of struggle, activism, and courage that have brought our country closer to full equality for transgender and gender non-binary people in the United States and around the world. Their trailblazing work has given countless transgender individuals the bravery to live openly and authentically.

Jessica Xavier served for more than ten years in the Health Resources and Services Administration and is a noted researcher, a long-time sexual minorities activist, and remains passionately committed to social justice and meeting the unmet healthcare needs of vulnerable populations.

How long have you worked in the Federal Government?

About ten and a half years, all with the Health Resources and Services Administration (HRSA), in the Ryan White HIV/AIDS Program’s Special Projects of National Significance. I was a health scientist and evaluator working with our demonstration projects to improve access to HIV primary care for People with HIV. I retired from government work in 2018.

What has been your career focus been before, during, and after government?

I’ve been working in and around the HIV epidemic for 38 years, and in transgender health since 1998. My principal focus has been improving access to health care, which is very problematic for trans and gender non-conforming (TGNC)2 people. Providers who misgender or mis-identify TGNC patients, or lack the training to comprehensively treat them, can be potent barriers to care access and the health of gender minorities. In the HIV epidemic, sustained care engagement is critically important for people with HIV to achieve viral suppression.

I’m a strong believer in Community Based Participatory Research (CBPR)3-driven needs-assessment surveys, which are essentially community empowerment initiatives designed to identify quality of service delivery and any gaps in access. My first survey was conducted right here in DC from 1998 to 2000, which was one of the first to use the two-step method (assigned sex at birth, and gender identity) to collect data on transgender people. Our sample was 95% trans people of color, and a third of the transwomen were living with HIV. I’m currently working on my third needs assessment survey, the second to be done in Virginia. Thus far, about 40% of our participants are non-binary.

What has your experience been in government as a woman of transgender experience?

Outside my branch it was difficult at times. Trans experience is hard for cisgender people to understand, and I’m pretty sure that very few in my bureau had met an out-transwoman health professional before. When I came out in 1991, I felt the stigma around being trans was stupid, so I decided to be completely out to anyone who I worked with or knew me beyond the grocery store. Sure, I paid a price in professional opportunities due to discrimination, but I was determined to show that we trans folks could be good co-workers and productive employees.

Tell me about the meaning of visibility for transgender people and what it means for you.

The diversity of identities in government service is important because the government must be fully inclusive and representative of the people it serves. And certainly, it’s still important for trans people to be out to defeat the stigma. In all those public opinion polls, a positive opinion of a minority group almost always correlates positively with personal connection. Also, trans and non-binary youth need adult role models to show that things are getting better for us.

During my time in HRSA’s Special Projects of National Significance (SPNS) Program, I worked to improve access to HIV care for a variety of populations: women of color, Latino people, the homeless and unstably housed, those newly released from jails, and those co-infected with HIV and HCV. I also advocated internally for a transgender women of color (TWC) initiative, because the available data shows they are disproportionately impacted by HIV. Until recently, there were no HIV prevention programs that specifically addressed the many challenges faced by at-risk TWC. Absent prevention, high prevalence follows, so there was a need to improve care access to decrease care avoidance and increase care engagement. It began in 2012 and now there are nine individual access-to-HIV-care interventions available for download on the TARGETHIV website.

As a longtime employee, what would you still like to see? What changes would you make, if any?

I think HHS can still do more—a lot more—to collect data on the health of LGBTQ Americans. I hope to see an HHS-wide interagency working group to implement the recommendations in the recently released Measuring Sex, Gender Identity, and Sexual Orientation report from the National Academies of Science, Engineering, and Medicine across the major health and surveillance surveys.

Do you remember the first time you attended or participated in trans or queer events in the federal space?

It was a Pride Day event sponsored by GLOBE of the Food and Drug Administration (FDA). At the time, HRSA did not have an LGBT employee association, and so LGBT employees of HRSA attended FDA’s. Of course, we were mission-focused, so there were presentations on the latest research of our populations.

How have you come to feel about commemorating Transgender Day of Remembrance over the years?

The epidemic of violence against transgender persons, predominantly those of color, is the main concern of all transgender people. When human rights are discussed, foremost of all of them is the right to exist, to live free without the omnipresence of violence. I’ve been an anti-violence advocate since the 1990s, standing on lonely street corners in DC during vigils of murdered transgender women. On the Day of Remembrance (November 20th) we gather together as a community and mourn those who have been taken from us and grieve with their friends and families. In contrast, the Transgender Day of Visibility recognizes and affirms our humanity—a celebration of transgender lives.

What do you think is needed to change the violence trans people face daily? From our communities and allies?

I think any efforts to destigmatize trans people are welcome—like the Transgender Day of Visibility. When people see us in the media, we put a human face on what too many have demonized. Sex work should be decriminalized, and vocational training should be provided for those who want it. And whenever we feel it’s safe, choosing to be out can lower the stigma that propels the violence.