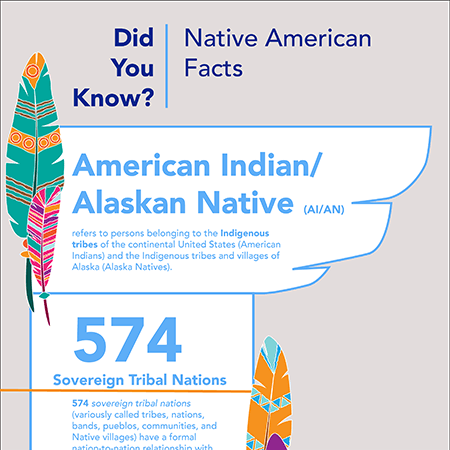 In 1990, President George H.W. Bush established November as National American Indian Heritage Month and the name has changed in recent decades. This month we honor the legacy of our country’s indigenous people and celebrate the culture and traditions of American Indians and Alaska Natives.

These 574 tribal nations are located across 35 states and within the geographic borders of the United States; however, each tribal nation exercises its own sovereignty. Each of the 567 tribal governments is legally defined as a federally recognized tribal nation.

There were 334 federal- and state-recognized American Indian reservations in 2010.

Native peoples and governments have inherent rights and a political relationship with the US government that does not derive from race or ethnicity. Tribal members are citizens of three sovereigns: their tribe, the United States, and the state in which they reside. They are also individuals in an international context with the rights afforded to any other individual.