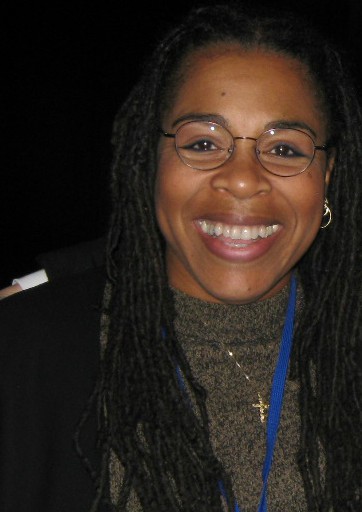 Dr. Victoria Cargill, Associate Director for Interdisciplinary Research, Office of Research on Women's Health (ORWH) at the National Institutes of Health (NIH) is a change agent for the Sexual and Gender Minority (SGM) community for her leadership, advocacy, and support.

Dr. Cargill has developed and spearheaded the ORWH U3 initiative. It includes an annual administrative supplement Funding Opportunity Announcement (FOA) to support interdisciplinary, transdisciplinary and multidisciplinary research focused on the effect of sex/gender influences at the intersection of a number of social determinants. The grants are meant to address health disparities among women of populations in the US who are understudied, underrepresented and underreported in biomedical research. The populations specifically noted to be covered by this grant include sexual and gender minorities.

Additionally, the U3 program sponsors a seminar series that includes speakers specifically invited by Dr. Cargill, including Dr. Nadia Dowshen of Children's Hospital of Philadelphia who spoke on "Improving the Health and Well-being of Young Transgender Women - Intersections of Research, Policy, and Practice." Dr. Cargill is also the primary liaison between ORWH and the Sexual & Gender Minority Research Office (SGMRO) where she has participated in their grant review, as well as their April 2018 workshop "Methods and Measurement in Sexual & Gender Minority Health Research." Outside of her work at ORWH, Dr. Cargill maintains a clinical HIV practice in Washington DC where she cares for many SGM patients. Additionally, she is co-authoring a chapter on current practice in HIV care, which includes sections specifically focused on SGM populations.

As a leader in the Office of Research on Women's Health, Dr. Cargill goes out of her way to ensure those that work with SGM populations are aware of the U3 program and particularly the inclusion of SGM population research. She worked closely with leaders in the SGM community during her participation in the SGMRO workshop on "Methods and Measurement in Sexual & Gender Minority Health Research." Her support of both the U3 and SGMRO administrative supplement programs has contributed to SGM researchers being able to pursue research that they might otherwise not been able to and allow them to advance in their field.