Why LGBT Allies Are Critical

Why LGBT Allies Are Critical 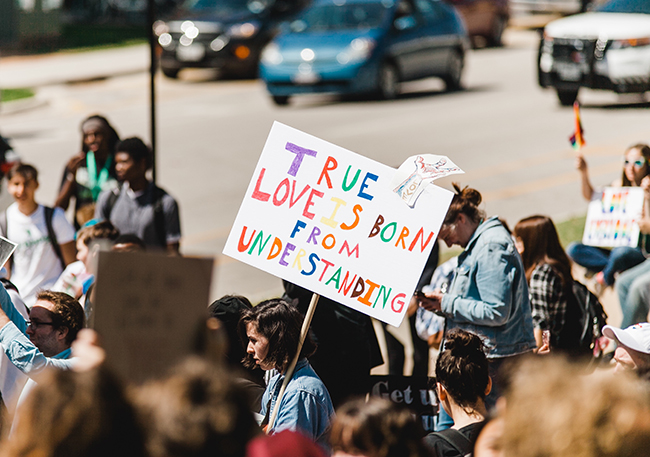 Lesbian, Gay, Bisexual, and Transgender (LGBT) people can face intolerance and discrimination costing them their homes, access to education, and even their lives, but, surprisingly, discrimination still pervades many workplaces across the country. In a Center for American Progress (CAP) report, 11%-28% of LGB workers in 2016 reported losing a promotion because of their sexual orientation, and 27% of transgender workers reported being fired, not hired, or denied a promotion in the prior year. Furthermore, a National Transgender Discrimination Survey found 50% of trans employees had been harassed at work.

This is a global phenomenon as well: 1 in 5 people admitted to making offensive remarks about LGBT people in the last year according to a 2015 report from YouGov, an international market research firm headquartered in the UK and operating throughout North America, Europe, the Middle East, and the Asia-Pacific region. Within a month, 63% of people who had heard offensive remarks aimed at LGBT people did not do anything about it, ultimately sending a signal that this behavior is acceptable.

There is still much work that the LGBT communities and their allies need to do. An overwhelming majority of Americans—73%, according to a 2011 CAP poll—believe workers should be treated fairly and equally and no one should be fired for reasons not related to job performance.

Allies are some of the most effective and powerful voices for LGBT people. An ally can be defined as someone who stands up for the equal and fair treatment of people different than themselves. Given that LGBT people do not make up a majority of the population or most workplaces, allies are critical in creating a welcoming and inclusive workplace. LGBT people cannot do this alone. By being an ally, and showing support of LGBT people, you help end ignorance leading to issues and actions that adversely impact the daily lives and livelihoods of LGBT people. Not only do allies help foster safety in the coming-out process, they also help others understand the importance of equality, fairness, acceptance, and mutual respect.

What are some other things that you can do? To learn more about the Office of Equity, Diversity, and Inclusion’s (EDI) definition of an ally, and how to designate your office as a SafeZone, please visit the EDI website and watch interviews from NIH LGBT and ally scientists, administrators, and fellows discussing aspects of their work, identity, and experiences. This month we will share some tips on how you can become an LGBT ally and support your colleagues. LGBT people often face discrimination, bigotry, and hatred—usually stemming from fear and misunderstanding of these communities—from their communities, families, and friends as well as co-workers. While we sometimes cannot do much about the former, we can come together to create a welcoming and safer environment at NIH as we continue toward our mission of fostering an environment "where diverse talent is leveraged to advance health discovery." When LGBT people and allies speak out, hearts and minds open. Your voice is critical to increasing the acceptance of LGBT people in our workspaces. Speak out now and show the world the importance of accepting our LGBT co-workers, and anyone else who may be different than ourselves.

Injustice at Every Turn: A Report Of The National Transgender Discrimination Survey
Widespread Discrimination Continues to Shape LGBT People’s Lives in Both Subtle and Significant Ways