Subordinate Harassment Against A Supervisor

Subordinate Harassment Against A Supervisor 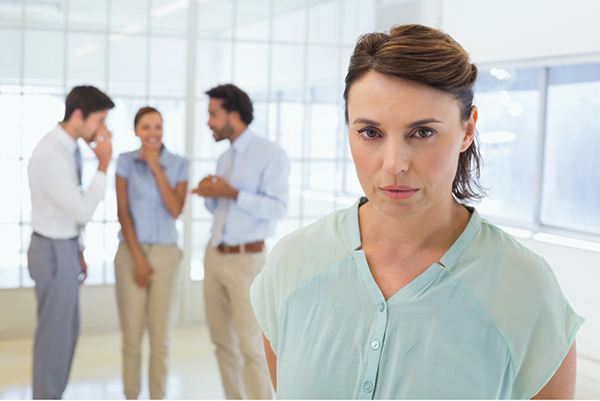 Can subordinate employees create a hostile work environment for a manager or supervisor? We know that harassment is when an employee is subjected to any unwelcome verbal or physical conduct based on a protected basis for example race, color, religion, sex, national origin, or disability. Unwelcome verbal conduct might include berating an individual for mistakes, ridicule or insults, epithets, and slurs just to name a few.

Physical harassment might constitute grabbing, sexual touching, generally uncivil conduct for example slamming files, and suggestive pose, and or even looks. According to the U.S. Equal Employment Opportunity Commission (EEOC), unwelcome conduct means that the employee did not invite or solicit the conduct and regarded it as offensive.

The question is if a manager or supervisor has the same protections as an employee that feels harassed? In the case of Bernadine Stewart v. Rise, Inc., Bernadine sued her employer alleging a hostile work environment and discriminatory termination based on a combination of race, sex, and national origin discrimination. She alleged that a group of her subordinates consisting of largely male, Somali-born immigrants, created a hostile work environment through sexist, racist, and nationalist comments, physical violence, and intimidation based on her race. In this case, her subordinates called her a “bitch, slammed doors in her face, yelled at her, commented on her clothing asking if she was looking for a husband or a man, and threw a case file at her.” The verbal abuse was a constant pattern based upon race, sex, and often tied to acts of intentional violence or insubordination. Lastly, it was decided by the court that the reason she could not address the issues was that her supervisors denied her the authority to terminate her subordinate employees and allowed the hostile work environment to persist.

Case laws like Bernadine support that a supervisor or manager may be successful in proving a hostile work environment if the supervisor can establish the harasser had a discriminative motive for the harassing conduct and show why they could not address the issue.

In another case, the EEOC appellant decision on Joannie V. v. Department of Homeland Security, the EEOC found a lead transportation security officer for the Transportation Security Administration was subjected to discriminatory harassment when two subordinate employees spread rumors that “she was a lesbian in a sexual relationship with a female employee.” The lead officer’s supervisor issued a cease and desist order, but the widespread rumors and gossip continued undermining her authority. The EEOC found the agency retaliated against the lead officer by making her the focus of an investigation, not the subordinates when it reassigned her away from her preferred shift. The AJ awarded the lead officer $100,000 for the harm she experienced as a result of the discrimination. The EEOC affirmed on appeal.

Also, the case of Colene M. v. U.S. Postal Service, further supports the fact that a supervisor can succeed in a claim of harassment from subordinates. Colene was subjected to a hostile work environment by a subordinate employee who exhibited “volatile behavior, misconduct and had several DWI arrests.” When Colene expressed her fear to management and requested a transfer, they took no action. In this case, the court ruled that Colene a supervisor for customer service at the U.S Postal Service was subjected to discrimination based on race (African-American), sex (female), color (black/brown).

Supervisors and managers must know that they should always report harassment to the appropriate authority. There are federal laws that prevent workplace harassment and apply to everyone. At the National Institutes of Health, you can either reach out to the Office of Equity, Diversity, and Inclusion or the NIH Civil Program.

For more information about workplace harassment and the difference between the two offices, read the blog The Difference Between EDI and the Civil Program.