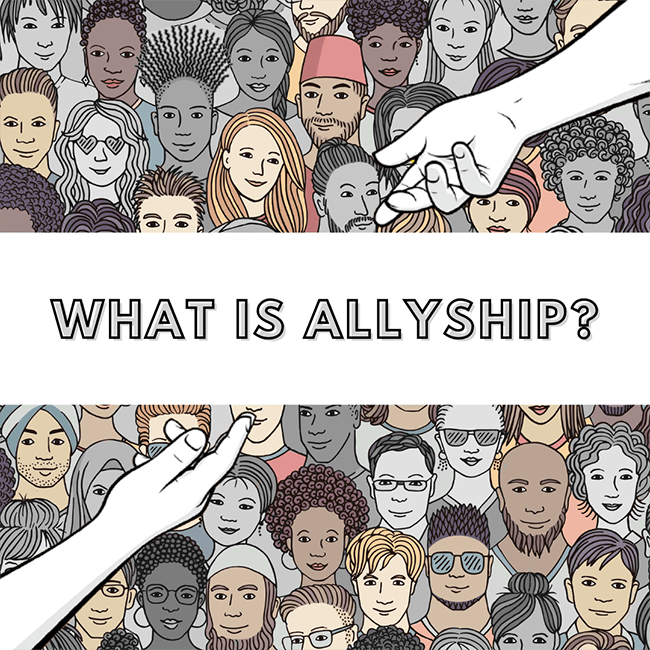 This year, the Office of Equity, Diversity, and Inclusion celebrates Black History Month through our theme Small Actions, Big Impact: Using Allyship to Enhance Culture. This theme supports the ideology that allies play a critical role in increasing Blacks/African Americans' representation across the agency by offering support and creating a more inclusive environment for the Black community.

What is Allyship, and who is an Ally?

Nicole Asong Nfonoyim-Hara, the Director of the Diversity Programs at Mayo Clinic, defines the act of allyship as "when a person of privilege works in solidarity and partnership with a marginalized group of people to help take down the systems that challenge that group's basic rights, equal access, and ability to thrive in our society." I adopt this definition and recognize that allies must also have some degree of power to effect change. An example I like to use when explaining allyship is the occurrence of "mansplaining" in a work environment. Mansplaining is when a man interrupts a speaking woman, explaining the topic from his perspective as if his thoughts are more important than hers. An ally, most likely another man, would step in to stop the mansplaining from happening and allow the woman to finish speaking.

I spoke with Gwenyth R. Wallen, Ph.D., Chief Nurse Officer, and Senior Investigator in the NIH Clinical Center, about how she defined allyship and asked her to share how those in the scientific community could be better allies. She said: “As a White woman who grew up in Central and South America, I must admit it caused me to reflect on my career as a nurse and social scientist in community-based research. I thought about whether those who I collaborate with would consider me their ally--I hope they do. I realized that I truly didn’t know what defined an ally in this professional context. An ally being an individual who unites themselves with another to promote a common interest where both benefits, is the definition that is most important to me when it comes to describing an essential element of moving the science of health disparities forward. It is not about “paving the way” for new investigators with common goals but rather to walk the walk with them. Sharing the lessons learned and developing methodological strengths from bench to bedside to the community and back have been common themes across these alliances. Trusting in each other to approach difficult conversations despite our differences in lived experiences has become an essential strength in our alliances. Sincerity and authenticity in wanting to work towards the common goal of reducing health disparities in Black and brown communities are what has fed these alliances over time.”

As the theme for this month suggests, allyship can be a small action. You don't have to make a big, grand gesture to be an ally. Anyone can be an ally and leverage their place of privilege. An ally can serve as a mentor or a voice for someone who doesn't have a voice. An ally can also enhance the culture of inclusion by engaging with their marginalized colleagues and providing support in their daily lived experiences. When marginalized groups feel supported and included, they are more comfortable bringing their whole selves to work and tend to be more engaged and productive, thus creating a more enjoyable environment for everyone.