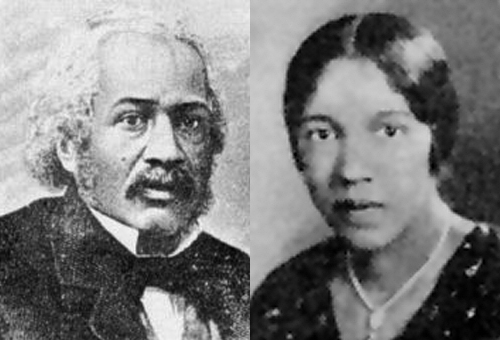 James McCune Smith (1813-1865)—the first Black American to obtain a medical degree, prominent abolitionist and suffragist, compassionate physician, prolific writer, and public intellectual--has been relatively neglected by historians of medicine. A native of New York, Dr. Smith was born, in his own words, "the son of a self-emancipated bond-woman." Since he was denied admission to colleges in the United States, his native land, Dr. Smith earned baccalaureate, master’s, and medical degrees at Glasgow University in Scotland. Upon his return to New York City in 1837, Dr. Smith became the first black physician to publish articles in U.S. medical journals. Dr. Smith was broadly involved in the anti-slavery and suffrage movements, contributing to and editing abolitionist newspapers, and serving as an officer of many organizations for the improvement of social conditions in the Black community. In his scientific writings, Dr. Smith debunked the racial theories in Thomas Jefferson's Notes on the State of Virginia, refuted phrenology and homeopathy, and responded with a forceful statistical critique to the racially biased US Census of 1840. Frederick Douglass, Gerrit Smith, and John Brown personally collaborated with Dr. Smith in the fight for black freedom. As the learned physician-scholar of the abolition movement, Dr. Smith was instrumental in making the overthrow of slavery credible and successful.

Born in 1903 in Columbus Ohio, Ruth Ella Moore was the first Black woman in the United States to earn a Ph.D. in the natural sciences. Her doctorate was in the field of bacteriology. Dr. Moore earned a B.S. in 1926 and an M.S. in 1927 from Ohio State University. She supported herself during graduate school by teaching English and hygiene at Tennessee State College (now Tennessee State University) in Nashville. Her dissertation on tuberculosis earned her a doctorate in bacteriology in 1933 from Ohio State University. Dr. Moore was hired as an assistant professor at Howard University Medical College in 1940 where she chaired the bacteriology department from 1947 to 1958. During her tenure at Howard, she was promoted to associate professor. Dr. Moore continued to teach and conduct research on bacteriology at Howard until she retired in 1973. Her research at Howard focused on blood groups and enterobacteriaceae, a family of bacteria which includes salmonella and E. coli.